Zoom paid no federal taxes on $664 million in pandemic earnings, the majority of which was paid in stock options to executives

Zoom emerged as one of the pandemic’s most significant beneficiaries, as millions of people relied on video calls to stay linked.

During its most recent fiscal year, which concluded in January, the video-conferencing platform earned $663.9 million in pre-tax profits in the United States alone, up from $16.3 million the previous year.

Despite the fact that the corporate tax rate for 2020 was 21%, the company paid no federal income taxes on those earnings, according to a filing with the Securities and Exchange Commission on Friday.

In a statement, a Zoom spokeswoman said the company “complies with all applicable tax laws” in the countries where it does business and that the company “has invested heavily in research and development activities to create and expand its communications technology – development activity that is explicitly encouraged under current law.”

However, research and development credits accounted for only 1% of Zoom’s tax savings, with the remaining 99 percent coming from paying executives $302.4 million in stock-based compensation, up from $32.1 million the year before.

Zoom’s (legal) use of stock payments to executives to decrease its tax bill has sparked new criticism from lawmakers and activists who advocate for closing loopholes that allow large, profitable companies to pay less in taxes than millions of Americans.

“Even though Zoom made $660 million in profits last year – a 4,000 percent increase since 2019, if you paid $14.99 a month for a Zoom Pro membership, you paid more to Zoom than it paid in federal income taxes. Yes, indeed. It’s past time to put an end to a rigged tax system that favors the rich and powerful “Senator Bernie Sanders sent out a tweet on Sunday. In a post delving into Zoom’s tax strategy, Matthew Gardner, a senior fellow at the Institute for Taxation and Economic Policy, wrote, “Companies that compensate their leadership with stock options can write off, for tax purposes, giant costs that far exceed their real cost.”

Also Read: Microsoft in Talks to Acquire Discord for More Than $10 Billion

“Almost every tech behemoth in the last decade has used this approach to great effect, from Apple to Facebook to Microsoft. “Zoom’s success in using stock options to avoid taxes is neither surprising nor (currently) illegal,” Gardner said, adding that it’s the same “recipe” that Amazon and Netflix have used to minimize their federal tax bills during the Trump corporate tax period so far, along with accelerated depreciation and R&D credits.”

Sanders and others have chastised Amazon for not paying any federal income taxes. Many companies, including Amazon, Delta Airlines, IBM, JetBlue, and Netflix, have achieved negative effective tax rates, which means that taxpayers paid those businesses more in subsidies than they paid in taxes.

President Joe Biden has proposed raising the corporate tax rate to 28%, which would be higher than the current rate but lower than the 35% rate in place before former President Donald Trump took office. However, merely increasing the tax rate will not close the loopholes that allow businesses like Zoom to pay no taxes to the federal government.

Other proposals, such as Treasury Secretary Janet Yellen’s plan to get nations to agree on a global minimum tax rate so businesses don’t just seek out low-tax jurisdictions, or Biden’s plan to close Trump loopholes that allow companies to move profits offshore to avoid paying taxes on them, could help to raise corporations’ effective tax rates.

How to get additional space in your Google storage

In this day and age, Google storage is the modish hard drive for many of us. It has…
byTeam Oyprice
No comments

As per the order issued by the Union Territory’s administration on Friday, The ban on Jammu and Kashmir…
byTeam Oyprice
No comments 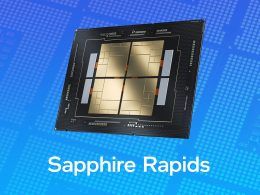 Microsoft to Discontinue Support for Windows 10 by 2025

Microsoft will discontinue support for Windows 10 by 2025. The company has formally set an end of life…
byTeam Oyprice
No comments