Xiaomi recently unveiled its first under-display camera phone MIX 4 alongside the Mi Pad 5 series. And now, the company seems to have started working to bring more flagships phones that are dubbed Mi 11T and Redmi K40 Ultra. Xiaomi is yet to confirm the existence of these phones. However, Twitter page @xiaomiui has posted several specifications and code-name of these devices.

According to the information, the Xiaomi Mi 11T is code-named “AMBER” and carries the model number “K11R”. It may have a 120Hz display with a 20:9 aspect ratio. The phone is said to be powered by a MediaTek chipset, but the chipset name is currently known. In terms of optics, Mi 11T may feature a triple camera setup on the back which includes a 64MP OmniVision OV64B primary sensor, a Sony IMX355 wide-angle camera, and a 3x tele-macro camera.

Coming to the Redmi K40 Ultra, It is said to be code-named “AGATE” and carries the model number “K11T”. Similar to the Mi 11T, the Redmi K40 Ultra may also get a 120Hz display with a 20:9 aspect ratio. It is said to have a triple camera setup on the back which includes a 108MP Samsung HM2 primary shooter, Sony IMX355 wide-angle lens, and a 3x tele-macro camera. The phone is tipped to be powered by a MediaTek chipset, but it’s not clear whether it will be the same SoC used in Mi 11T or different. 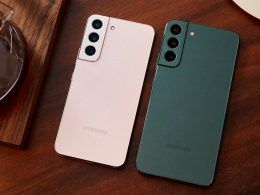 Samsung’s latest Galaxy S22 Series of smartphones were all the buzz when they were first released. However, it…
byAyush Patel
No comments