Xiaomi is said to be developing two new flagship phones. If this is the company’s first smartphone, it could have an in-display selfie camera. Today, Chinese tipster Digital Chat Station took to Weibo to reveal a few key specifications of the J18s handset.

The device’s main selling point is the inclusion of an in-screen camera. The device’s precise name is unknown at this time. This unit is most likely a modified version of the Mi MIX Fold.

The Xiaomi MI MIX Fold, the company’s first foldable handset, was released in March. The J18s is rumoured to be the brand’s second foldable smartphone. The tipster says that the J18s has a minor update in that it now supports a 90Hz refresh rate.

According to the leaked specifications, it will have a foldable display with a refresh rate of 90H. In terms of camera features, the phone will have a 108MP main camera sensor. Aside from that, a liquid lens with a 3x optical zoom will be used. In addition, an ultra-large sensor will be provided.

There is no official word on when the Chinese smartphone manufacturer will release this foldable phone. According to reports, the company will be able to show off this phone in the coming months. There is also no detail about the phone’s software and hardware requirements at this time. However, since it is a flagship handset, it will receive improved hardware features.

Redmi Note 11, launched last month in China, is expected to launch in other markets, including India, as…
byVicky Kumar
No comments

The Samsung Galaxy F52 5G launch appears to be imminent, as the smartphone has already obtained multiple certifications.…
byTeam Oyprice
No comments 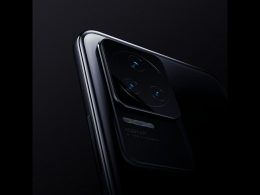