Xiaomi has launched the second smartphone under its CIVI series. This new lineup from Xiaomi mainly targets female users by offering an attractive design and a good selfie camera. The newly announced Xiaomi CIVI 1S brings a slight upgrade to the last year’s Xiaomi CIVI.

Xiaomi CIVI 1S is identical to the original CIVI phone. It has the same camera module and the selfie camera. The highlights of CIVI 1S include an AMOLED screen, Snapdragon 778G Plus processor, 64MP triple rear cameras, and 55W fast charging support.

The smartphone will be available in black, pink, blue, and silver colour options. It will be up for sale in China soon. The device is unlikely to launch in other markets as the original Xiaomi CIVI remained exclusive to China.

The new CIVI series phone is powered by a Qualcomm Snapdragon 778G Plus chipset, paired with up to 12GB LPDDR4x RAM and up to 256GB UFS 2.2 storage. The device ships with Android 12 out of the box with a layer of MIUI 13 skin at the top.

In terms of optics, the Xiaomi CIVI 1S features a rectangular camera module on the back that consists of three sensors and an LED flash unit. It includes a 64MP primary camera with Optical Image Stabilization (OIS), an 8MP Sony IMX355 ultrawide lens, and a 2MP macro shooter.

There’s a 32MP Sony IMX616 selfie shooter inside the punch-hole cutout. It supports Xiaomi’s CyberFocus tech for human eye tracking. This technology was first used by Xiaomi on Xiaomi 12 Pro. The selfie camera has been improved to take better portrait shots and some beauty enhancements.

Xiaomi CIVI 1S features a side-mounted fingerprint sensor integrated into the power button. It has dual stereo speakers with Dolby Atmos support and a linear vibration motor. The handset measures 6.98mm in thickness and carries a weight of 166g.

What are you thoughts on Xiaomi CIVI 1S? Do let us know in the comments below. Also, drop your thoughts on should Xiaomi launch CIVI series phones outside China? 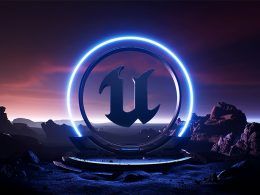