WhatsApp’s new feature will restrict strangers/contacts you haven’t saved from viewing your activity status and the last time you were online on the application. A few months ago, we reported that the Instant Messaging(IM) service was working on “Hiding your Last Seen from selected contacts.” However, this feature has not made its way to the stable build yet.

WABetainfo has reported this new feature and the reason behind this update, according to them, is, ” If you visit the App Store or the Google Play Store you can find some third-party apps that are able to log the last seen and the online status of select contacts. People use these apps to stalk other WhatsApp users, so they know when other people were online, but this was the only information they were able to get.”

A Twitter user brought this to notice, where the company’s support team mailed the user that said their last seen and online presence will be hidden from users you don’t know (haven’t saved their number in your contacts) and haven’t chatted with them. It does not affect the users you have had conversations with on the IM service.

What do you think about this WhatsApp update? If you have an explanation for the questions mentioned earlier, let us know in the comments below, and until then, stay tuned to Oyprice and subscribe to our YouTube channel for regular news and updates. 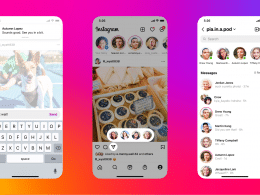