WhatsApp Android Beta 2.21.14.18: What’s New?- In recent weeks, WhatsApp has been seen developing a number of new features. Some of these traits are being developed, while others are been beta tested.

The latest WhatsApp features are expected to improve messaging and introduce new use cases for the app. Let’s take a sneak peek at the beta features.

WhatsApp is reportedly working on a feature called voice waveforms, which will display voice waveforms against a progress bar when users listen to a voice message. This feature is also being worked on for WhatsApp’s iOS platform. WhatsApp is now working on adding the feature to its Android app. But, it is still in the early stages of development.

As per a report by WABetaInfo, Users can send photos and videos that will disappear from WhatsApp chats after they have been viewed once. It appears to be very similar to the feature available on Instagram and Facebook Messenger, with the exception that Instagram allows senders to allow recipients to view the content once more before it disappears.

That being said, unlike Snapchat, which alerted you when someone screenshotted your disappearing photos, WhatsApp will not implement any such mechanism. As a result, it will not be as secure as Snapchat in terms of avoiding screenshots, at least for the time being.

Also Read: How to Not Show Online on WhatsApp

Users will be able to see more details in the notification banner, such as images, videos, and GIFs, thanks to a newly redesigned in-app notification menu.

The user can now expand the in-app notification in order to show the chat preview: the chat preview is not static like the one that appears when you peek on a chat cell, so the user can scroll up and down the view to see older and newer messages 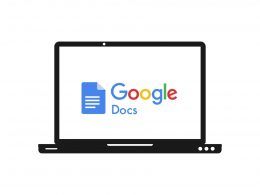 Now users will be able to react with Emojis in Google Docs, as Google has launched new feature for Google Docs. Read along to know more about it.
byTeam Oyprice
No comments