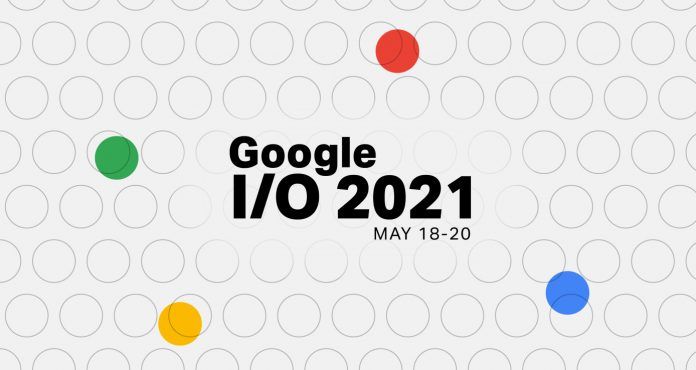 Due to the ongoing Covid-19 pandemic outbreak, Google’s annual developer conference I/O was canceled last year, but the company revealed that it would be held again this year.

Officials from Google have announced that the online keynote speech for this year’s I/O conference will begin at 10 am Pacific Time (10:30 pm IST) on May 18 and that several new product and service announcements will be made at that time.

Last month, Google and its parent company Alphabet CEO Sundar Pichai revealed in an investor conference call: “Our product launch is returning to a normal rhythm. What is particularly exciting is that the developer conference I/O is back this year. It is held in a virtual online format and is free to everyone. We will release important product updates and announcements. I sincerely invite everyone to pay attention!”

Google was ambiguous in its official explanation of the keynote address, saying only, “Please stay tuned to understand how we are advancing our goal of organizing world knowledge and making it widely available and useful.” However, based on rumors and speculation, we may anticipate the latest Google products that will be unveiled at this event:

Android is the backbone of Google’s ecosystem in terms of app growth, and it still takes center stage at Google’s I/O conferences. Google often uses the keynote speech at the I/O Developer Conference to go over the specifics of its Android app updates, and Android 12 is supposed to be no different.

The majority of the developer preview versions of Android 12 are only fine-tuned and have developer-centric features, according to Google. However, Google may demonstrate the new features of Android 12 to users at the I/O conference, including major U improvements that are rumored to be in the works, such as window stacking, new lock screens with larger clock text, and so on.

As far as we can tell, Android 12 appears to be on the verge of a big update, and Google could reveal a lot of details about it.

Google often uses the I/O conference to announce significant changes to its services and applications, and this year’s event may be no exception. Google announced the incognito mode of Google Maps, the new smart assistant voice, and the Google Duplex demo at the I/O conference a few years ago (Google Assistant called the hair salon appointment service in the demo). This year, Google will launch a slew of new features that are just as exciting.

Wear OS has a long history of making people believe it is a failed product. This fact has remained unchanged despite rebranding, new faces, and the addition of more hardware partners. Please keep in mind that this year’s I/O will be Google’s first big developer event following the acquisition of Fitbit. Google Xi’an aims to showcase its expertise in wearable technology and the fitness industry. There are also rumors that Samsung may approve the Tizen operating system after years of development.

We already know that Google is working on a new Pixel Buds true wireless headset, thanks to many big leaks from Google itself and that they could debut at I/O.

In a document sent to the Federal Communications Commission in March of this year, Google identified two gadgets that appeared to be the latest Buds (FCC). This symbol denotes that the product will be released shortly. Google sent out an email in April with two unreleased photographs of olive green Pixel Buds. Google announced the launch of the Pixel Buds A series via its Android Twitter account earlier this month, but then quickly deleted the tweet.

These leaks did not say anything about Pixel Buds, but the “A series” moniker appears to mean that they would be the company’s more affordable true wireless headphones, close to the lower-cost Pixel 4A phones.

Pixel 5A 5G may not show up

In April of this year, Google officially announced the Pixel 5A 5G in response to reports that the smartphone had been canceled, but the model may not be unveiled at this year’s I/O. Google previously confirmed that the Pixel 5A 5G would be released later this year in the United States and Japan, coinciding with the launch of the A-series phones last year. In early August of last year, Google launched the Pixel 4A, Pixel 4A 5G, and Pixel 5.

According to reports, Google is working on a custom system on chip (SoC) for the forthcoming Pixel phone, which will be the company’s first custom chip. At I/O, Google could talk about the implications of this massive shift for Android developers and potential Pixel buyers.

According to XDA-Developers, the so-called “GS101” Google chip could be a “3 cluster setup with TPU (Tensor Processing Unit)” that can boost the performance of machine learning applications, as well as a built-in Titan M Security chip. This chip is expected to debut on two new Pixel phones that will be released this fall, according to reports.

Google’s SoC, like Apple’s custom A-series chips seen on the iPhone, could add many big performance advantages to the company’s Pixel lineup. However, Google is likely to keep the rumored chip a secret before it releases a product that uses it, so don’t expect to see it at Google I/O.