Vivo X80 Series Could Launch in India and China Next Month

Vivo X80 series could launch in China on April 25.

Vivo X80 series phones have been in the rumour mill for a long time. The wait could finally come to an end soon as Vivo might launch its flagship X80 series as soon as next month, as per a Chinese tipster Bald Panda. Another tipster has revealed its launch timeline for the Indian market.

According to an image shared by Chinese tipster Bald Panda, the Vivo X80 series could launch in China on April 25, and the official sales might off the very next day. The poster is now deleted. But, we managed to grab the image before it was taken down.

Vivo is expected to unveil three devices under the X80 series: Vivo X80, X80 Pro, and X80 Pro+. The top-end model was recently spotted on Geekbench with a Snapdragon 8 Gen 1 SoC, paired with 12GB RAM. According to past reports, the X80 Pro+ may come with a 6.78-inch LTPO 2.0 AMOLED screen with Quad HD+ resolution and a 120Hz refresh rate.

Vivo X80 Pro+ is said to feature a quad-camera setup on the back which might consist of a 50MP primary lens, a 48MP Sony IMX598 sensor, a 50MP Samsun JN1 sensor, and a 50MP Samsung JN2 lens. We can expect the device to feature a punch-hole selfie camera and an in-display fingerprint scanner.

While Vivo X80 Pro+ might get a Qualcomm chipset, the X80 and X80 Pro are said to be powered by MediaTek chipsets. The standard Vivo X80 is said to be driven by the Dimensity 8000 series chip and the X80 Pro might get a Dimensity 9000 SoC.

Apple Could Launch a New iPhone 12s Instead of iPhone 13 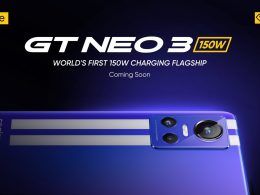