Vivo is tipped to launch its smartwatches and tablets alonside the Vivo X70 series. The company is also working to bring is first laptop and foldable phone. 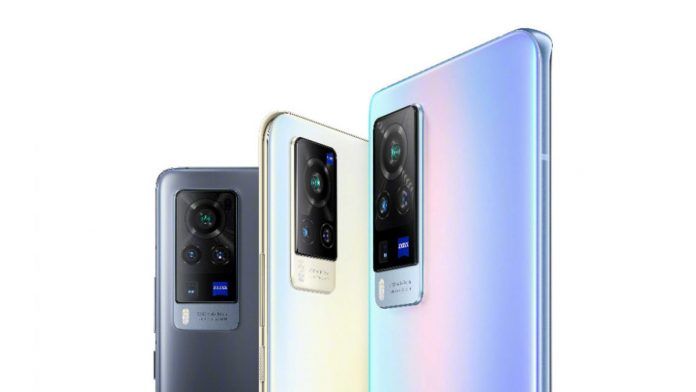 Vivo is reportedly gearing up to launch its flagship X70 series as a successor to the X60 series which was launched earlier this year. The upcoming Vivo X70 series is rumored to include three phones – Vivo X70, X70 Pro, and X70 Pro+. In recent weeks, Vivo X70 and X70 Pro have been spotted on multiple certifications, and now the Vivo X70 Pro+ which reportedly appeared on 3C certification revealing several key details.

According to a Chinese tipster Digital Chat Station, the model number V2145A belongs to the Vivo X70 Pro+ which is now seen on 3C certification. The 3C listing reveals that the phone supports 66W fast charging and 5G connectivity. The vanilla X70 and X70 Pro were also spotted on 3C certification last month which revealed that the phones support up to 44W fast charging.

There is not much known about the phone but rumors are that the Vivo X70 Pro+ will feature an AMOLED display, 4500mAh battery, and Qualcomm Snapdragon 888 chipset. The vanilla X70 and X70 Pro may get Exynos 1080 SoC for the Chinese, while the international models will come with Dimensity 1200 SoC (as spotted on Geekbench).

Reliable Chinese tipster Digital Chat Station reveals Vivo will also launch new smartwatches and tablets alongside the X70 series. A report from ITHome also confirms that the company is stepping into the tablet market. According to the report, the company will unveil its first tablet in the fourth quarter of this year.

The tipster also says that Vivo is working on its foldable phone, which may launch by the end of this year. He also claims that the Vivo laptop is in the works too. Earlier this week, Realme unveiled its first laptop and now it seems, Vivo will be the next brand to enter the laptop market.