Uber has increased its prices by 12% in Delhi-NCR due to high fuel prices. Read along to know more about it.

Delhi-NCR is witnessing the Uber price hike right after Uber increased its fare in Mumbai by 15%. Like the reason behind this sudden hike in Delhi-NCR, Mumbai faces the same problem due to the exact cause. As soon as Uber declared about the price hike in Delhi, it further announced that the company is closely observing the fuel price movement and will take steps accordingly.

ALSO READ: WhatsApp Is Testing A Feature That Shows The Estimated Time Of Arrival For Sharing Files | OyPrice

Nitish Bhushan, Head of Central Operations, Uber India and South Asia, said on Monday, “We listen to feedback from drivers and understand that the current rise in fuel price is causing concern. To help cushion drivers from the impact of the spike in fuel prices, Uber has raised trip fares in Delhi-NCR by 12%. Over the coming weeks, we will continue to track fuel price movements and take further steps as needed.”

Petrol and diesel price did not hike for the last five consecutive days after the last hike took place on April 6th when the petrol and diesel prices were hiked by 80 paise per litre, which increased the total price by Rs.10 per litre in sixteen days. Right now, in Delhi, the cost of Petrol is Rs.105.41 while diesel costs Rs.96.67 per litre. It does not end here. The effect of the price hike in petrol and diesel is very well seen in other cities. Petrol in Mumbai is being sold at 120.51 rupees, whereas diesel costs 104.77rupees. In Kolkata, diesel is sold at 99.83 per litre, while Petrol costs 115.12 per liter. 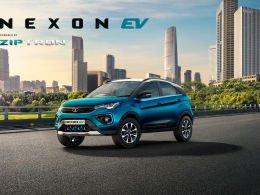 Tata Motors sold more then 700 EVs in a single day. Read along to know more about this new record from Tata Motors.
byKeval
No comments 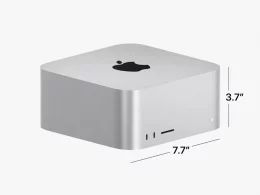 Apple Introduces The New ‘Mac Studio’ Tower Computer, Which is Powered by The M1 Ultra CPU and Has More I/O.

Apple has just launched thier new Mac Studio with the M1 max and M1 ultra chipset. Read along in order to know more about it.
byKeval
No comments