Twitter announced Thursday the launch of a new tool that allows users to erase “@” references of themselves from any tweets or threads. Twitter privacy designer Dominic Camozzi initially revealed the Unmention function in June 2021 as a “concept” that would allow you to untag your username throughout a thread, prevent you from being mentioned in that conversation again, and avoid additional notifications.

Camozzi stated in August that the phrase “unmention” was confusing to users, therefore the style was altered and the name was renamed as “Leave this conversation.” Unmentioning has now been formally announced by the Twitter Safety account, suggesting that it is accessible for select users on Twitter’s online platform and defining it as “a technique to help you safeguard your peace and remove yourself from conversations.”

We’re experimenting with Unmentioning—a way to help you protect your peace and remove yourself from conversations—available on Web for some of you now. pic.twitter.com/rlo6lqp34H

Anyone using the test feature may pick the three-dot menu next to a reply to bring up a popup offering to “get you out of this conversation”. The pop-up informs you that quitting the chat will untag you in the answers, but your username will remain visible.

The business declined to reveal how many users will be able to utilize the experimental function but described it as a global but limited test. For the time being, it’s just available online, so anyone participating in the test won’t be able to unmention themselves on mobile. Twitter teased the functionality last year, presenting an early concept design and stating a desire to assist users in control unwanted attention.

When a person unmentions themself, their Twitter handle turns grey, suggesting to other users that they’ve exited the discussion and cannot be tagged back in. Unmentioning will also disable alerts, keeping you blissfully oblivious of the vitriolic or otherwise undesirable material that others are sending your way.

Twitter began testing an anti-abuse tool called Safety Mode in September, which is a setting that users who are subjected to harassment may use to help filter out abuse on a large scale. Twitter’s Safety Mode analyses interactions and algorithmically removes users that are sending abuse your way, saving victims from having to spend hours combing through hate-filled replies and manually blocking accounts. In February, the platform extended the test and is still collecting input on the mechanism it created to filter online harassment at scale.

Following a lengthy period of inactivity, the social network has just begun to develop anti-abuse features, such as the option to specify who can react to a tweet. Even outside of anti-harassment features, Twitter is increasingly giving users more control and freedom, including the ability to erase old tweets from websites where they previously appeared. 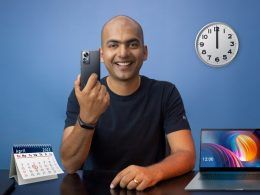