Twitter Confirms That They Are Working on The Edit Button

Twitter has chosen April 1st, a perfectly truthful day, to finally announce its new way of thinking. It is bringing the much-awaited, perhaps much-needed edit button to its platform. The feature will arrive in Twitter Blue Labs next month. Needless to say, this sudden announcement was quite hard to assimilate, though it came with a fair amount of happiness among the subscribers.

The edit feature has been the Twitter blue subscribers’ demand for so long that it could probably be assumed that if anyone had enough capability, he/she would have done so by now. It was an urban myth until April 1st when Twitter announced the sudden change in its decision. This much-fancied edit button is on its way to flatter Twitter subscribers on a daily basis. After years of no, and juggling, the users are able to see the possibility of being able to fix any typos or errors in their tweets.

now that everyone is asking…

yes, we’ve been working on an edit feature since last year!

no, we didn’t get the idea from a poll 😉

we're kicking off testing within @TwitterBlue Labs in the coming months to learn what works, what doesn’t, and what’s possible.

Twitter also announced in a tweet that it would start testing the feature with Twitter Blue Labs, Its premium subscription service where the company is supposed to test any new feature that is likely to appear on Twitter.

Jay Sullivan, the Head of Consumer Product of Twitter, had once expressed his concern about allowing people to edit the tweets by simply sharing a tweet of himself. In the tweet, he looked to be a little alarmed by the possible danger of the edit feature being misused. He further implied that protecting the integrity of the public conversation is the company’s top priority. Therefore, it is important to work on the feature with enough sensibility and care. He also promised to share the updates.

On Monday, the news was published that Tesla and SpaceX CEO Elon Musk was buying 9.2% of the share of Twitter, which enabled him to become one of the company’s board members. Immediately after occupying his seat as a board member, he went on spilling the beans about whether or not Twitter should have an edit button. It was easy to speculate about the users’ opinion about the availability of the edit button as some may find to have a strong opinion in favor of this while others may be against the feature. But it was equally important to know about their demand.

Do you want an edit button?

Though it was pretty apparent that Twitter may never go further with the edit button due to Twitter’s previous CEO, Jack Dorsey’s evident reluctance about bringing the feature on board, but it seems like Twitter is having a change of heart with the arrival of the current CEO Mr. Parag Agarwal. With his leadership, Twitter must have the faith that it can work efficiently on the edit button without having to tarnish its reputation as one of the biggest social media platforms in the world.

WhatsApp for iOS is working on a privacy-focused disappearing mode. This feature is not yet open to the…
byTeam Oyprice
No comments

Apple operating system updates usually include one or two new features, as well as bug fixes and security…
byTeam Oyprice
No comments 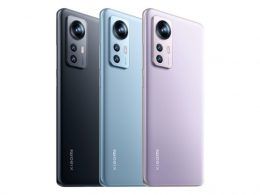 Xiaomi 12 Lite will boot Android 12 out of the box.
byVicky Kumar
No comments 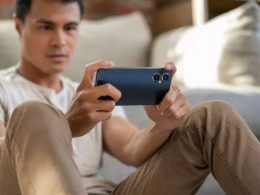