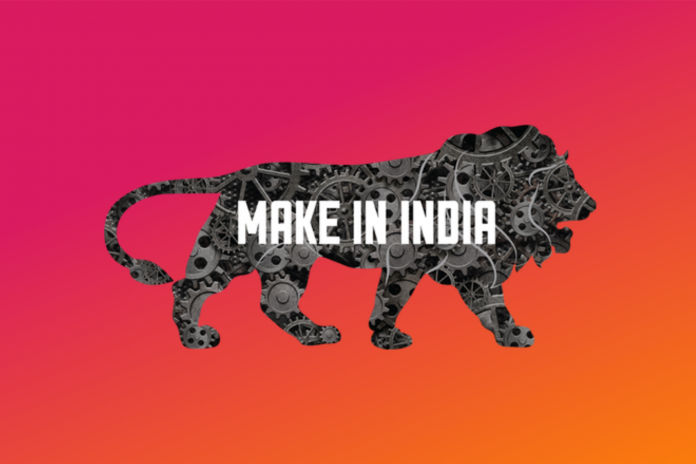 India isn’t really famous for manufacturing tech hardware. But it’s neighbour China is. A lot of the international venture capital that’s going into hardware is focused on China or companies that are outsourcing their R&D or their manufacturing to China. Nobody does hardware as efficiently as China does, and VCs know this.

However in India, there’s a very strong anti-China consumer sentiment right now. The Government of India is also trying to reduce India’s reliance upon anything and everything coming out of China, while also working very hard to make India a serious source of competition to its neighbours when it comes to manufacturing. By all accounts, they are succeeding.

According to American real estate firm Cushman & Wakefield’s 2021 Global Manufacturing Risk Index, India is currently the most attractive global manufacturing destination after China, which of course means that India is seeing a lot of manufacturing business right now from international customers.

Many of such manufacturers have ended their contracts with Chinese in favour of Indian ones, but there’s also a huge amount of demand from the local market for Made-in-India hardware. In the last couple of years, we’ve started to see an upsurge in the number of startups that are building physical technology products to meet that demand. This is why in this post, we present you the list of India’s top five hardware startups.

At number one, we have Bengaluru-based smart lock maker Openapp. Back in 2014, Gotama Gowda successfully sold his cupcake company, Cupcakery, and was excited to start a new venture with his exit money. But this time, he wanted to go beyond food – he wanted to start up in the hardware space, and he settled on padlocks.

Most people in 2015 were using regular metal locks. Although this is still true to this day, but Gotama, along with his two co-founders Siddesh Keluskar and Rajshekhar Jenne, decided to upgrade these boring locks into smart, IoT-enabled locks. Today, their smart padlocks and door locks are being used across 500,000 locations and they’re currently the largest smart lock maker in India. To date, Openapp has raised $2.20 million from its investors.

At number two we have Mumbai-based mixed reality startup AjnaLens. Founded by Abhijit Patil, Abhishek Tomar, Gaurav Godbole, and Pankaj Raut in 2014, AjnaLens began its journey at IIT-Bombay, and at the time, the company was called Dimension NXG. They were experimenting with 3D printing, 3D scanning, and computer vision, before eventually settling on mixed reality glasses in 2017. They spent the next three years researching and developing these glasses before eventually launching their first product, AjnaBolt, for the Indian military in 2020.

Then in August of 2021, they launched AjnaX for enterprises, which is sort of like an extension of the screens that we use in our day-to-day lives – you can pair the AjnaX with a keyboard and a mouse and open up files, images, videos, and 3D holograms all around you. To date, the startup has raised $2.20 million from investors.

At Number Three now we have Hyderabad-based health tech startup Makers Hive. Founded by Harsha Reddy Ponguleti, Pranav Vempati and Suren Marumamula in 2018, Makers Hive’s flagship product, KalArm, is India’s first fully functional bionic hand and it only costs between ₹3.5 and 4 lakh, which is about a tenth of the cost of similar products outside India. KalArm has 18 pre-defined grips, 4 custom grips and an app that monitors the health of the bionic arm and can also be used to teach new grips. While this product is still in development, Makers Hive has received hundreds of pre-orders, and they’ve also raised $9 million from Starfish Growth Partners to start manufacturing KalArm quickly, and then eventually go on to build exoskeleton products for defence, industrial and medical applications.

Razorpay is an Indian startup that was founded in 2014 and is currently headquartered in Bangalore, India. The company provides a platform for businesses to make and take payments through their online platform. Allowing businesses to be able to take payments from customers in a variety of different modes, including debit and credit cards, online banking, and various e-wallet platforms such as G-Pay, Paytm & PayPal by creating custom payment links. This makes the process of taking payments much easier for businesses.

Razorpay’s business model and product offering have been validated by the mammoth investment they have received. The company has received a total of $366.60 Million from a group of 29 investors leading to Razorpay becoming one of the most exciting and rapidly growing Indian startups.

On number five we have Hyderabad-based Smartron. One of Smartron’s founders, Mahesh Lingareddy spent more than a decade building a semiconductor startup called Soft Machines in the United States, which he ended up selling to Intel in 2016 in a deal worth $250 million and by that point, he had already started his next venture, Smartron, which he co-founded in 2014 with Rohit Rathi and Narsi Reddy Posham. Now, Smartron is both a hardware and a software startup. They’ve got physical products like laptops, smartphones, electric bikes, and in the future, IoT-enabled home automation products.

However, Smartron’s larger goal is to build an underlying AI-powered ecosystem called TronX, which would essentially be an Indian competitor to ecosystems like Google’s with Google Assistant or Apple’s with Siri or  Amazon’s with Alexa. Mahesh believes in outsourcing manufacturing to China the same way that companies like Samsung and Apple hire TSMC to manufacture their processors or Foxxcon for manufacturing their devices; So that Smartron can focus more on the designing and engineering side of things. To do this, they’ve raised approximately $30 million from their investors, 90% of which has been spent exclusively on R&D.

What do you think about these Indian startups? Let us know in the comments below. Until then, stay tuned to Oyprice and subscribe to our YouTube channel for regular news and updates.

Intel was the first CPU manufacturer to bring the new lightning-fast PCIe 5.0 standard to its CPU lineup with the release of Alder Lake...
Read more
News

MIUI is Xiaomi's Android skin. MIUI 13 is the latest iteration of this skin. The company unveiled it at the launch event and made...
Read more
Mobile Phones

MIUI is Xiaomi's Android skin. MIUI 13 is the latest iteration of this skin. The company unveiled it at the launch event and made...
Read more

Many tech giants, including Google, Microsoft, Amazon, and so on, have already withdrawn from attending CES 2022 on the grounds of the omicron variant....
Read more
Load more