The Indian government banned PUBG Mobile, one of the most popular game titles in India, in September 2020 for security reasons. Tencent Games, a game developer, was reportedly exchanging data with the Chinese government, according to government. The PUBG Corps has been working hard to lift the ban since it was implemented. The developers have also indicated that the Indian edition of the game will be distinct from the global version and that it will be hosted entirely on Indian servers.

The Indian ban on PUBG Mobile was frustrating for Indian fans and PUBG Mobile streamers. However, the announcement of a PUBG Mobile India version gives the Indian gaming community a ray of hope. In the most recent development, GodNixon, aka Luv Sharma, a prominent PUBG Mobile content maker, has stated that the government has approved the game’s relaunch in the country.

GodNixon reported in his most recent video, titled “PUBG Mobile India Update! Government Approved,” that “sources verified that the government has given PUBG Mobile a green signal.” However, sources have yet to confirm the exact release date. Ghatak, a famous content maker, has already begun posting stories and hints about PUBG Mobile’s return to India.

Ghatak, the founder of PUBG Mobile content, confirmed the news in a tweet, saying, “I wasn’t going to disclose this, but the audience’s support couldn’t stop me from making revelations.” The next two months will be great for PUBG fans, and TSM fans should expect a slew of exciting updates. Please don’t ask about the date.”

It’s worth noting that the PUBG Corporation has yet to make a formal announcement regarding the relaunch of PUBG Mobile India. As a result, we advise not to get too excited about the game’s relaunch and to take this news with a pinch of salt.

“I can’t say something about the timing or anything because we don’t know yet,” she says. But what I can tell you is that we care a lot about the Indian market, and that’s how I met you and made friends in the Indian gaming industry. So we’ll certainly work hard to make it happen,” Sean Hyunil Sohn, Head of Corporate Development at Krafton, told NODWIN Gaming’s MD and co-founder Akshat Rathee.

We’ve had a number of false alarms like this in recent months, and this may be one of them. The government does not need to offer permission for an app or game to launch in India, as previously stated, but since this includes geopolitical events, the game will need an informal nod for a relaunch. 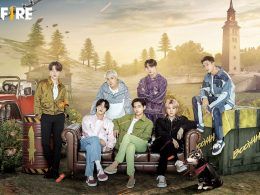 How to Earn Free BTS Bundles in Free Fire this Week

In this article we will talk about how to earn free BTS bundles in Free Fire.
byTeam Oyprice
No comments In this article we have listed all the codes for Indian servers for 7th April 2022, get free skins, emotes and more.
byTeam Oyprice
No comments

With Pre-registration for Battlegrounds Mobile India on the Google Play Store for Android in the country, many iOS…
byTeam Oyprice
No comments