Asus has launched their full flagged powerful gaming tablet. Called the Asus ROG Flow Z13. It is a strong iPad Pro competitor. Read along to know more about it.

The Asus ROG Flow Z13 is an astonishing technical marvel and a real insight into the future of PC gaming. However, the gaming elements do not feel fully implemented, putting the present market behind in terms of pricing. The Asus ROG Flow Z13 is based on the ROG Mothership, which was released three years ago. For a strong machine back then, you had to sacrifice a stylish design. The Asus ROG Flow Z13, on the other hand, is a hybrid of the two. It allows you to take your gaming equipment with you and play the most recent AAA games while on the go.

The Asus ROG Flow Z13’s design has been updated by Asus. It has a small form size, weighing just 1.1kg, and maintains a sci-fi vibe with a retro-futurism-inspired idea. This imbues the machine’s chassis with the vibe of a futuristic spaceship. The Asus ROG Flow Z13 is comprised of a high-density aluminum alloy with a distinctive space pattern, which adds to the sci-fi appeal. When compared to competing tablets, Asus has made the ROG Flow Z13 stand out. The built-in kickstand at the rear, for example, provides 170 degrees of flexibility, providing excellent viewing angles. Furthermore, the back-glass window enclosure with RGB lighting emphasizes that this is a gaming computer designed for maximum performance. There are several methods to maximize the Asus ROG Flow Z13’s capabilities. You may use it with connected or wireless accessories, such as several gamepads, to play split-screen games with your pals on the fly. Because the gadget has a touchscreen display, you can play touch-enabled games with precision and accuracy. For more serious work, you may use the device’s capability for multitasking, heavy-load content production, and much more.

The fully-loaded Asus ROG Flow Z13 costs $1,899.99, which includes a top-tier 12th-generation Intel Core i9 processor, a discrete RTX 3050 Ti GPU, 16GB of LPDDR5 memory, 1TB of M.2 PCIe 4.0 SSD storage, and a 13.4-inch 1200p (16:10) IPS display. It also has an RGB detachable folio keyboard, a custom connector for attaching an external RTX Nvidia or AMD GPU, and compatibility for a slew of additional features, all packed into a 2.6-pound gadget.

It’s an strong competitor to the iPad. We think Apple‘s tablets are among of if not the, greatest tablets money can buy right now, but Asus’ gaming tablet can do a lot more for a lot less.

The top-tier iPad Pro costs roughly $2,150 and has a slightly slower Apple M1 processor (more on that later), 16GB of RAM, 1TB of storage, and a 12.9-inch Liquid Retina XDR mini-LED display, a keyboard that has to be bought separately and weighs 1.5 pounds. While the iPad is a pound lighter and has a far better display, the Intel CPU in the Flow Z13 provides significantly greater performance, functionality, and usability for a few hundred dollars less.

The Intel Core i9-12900H is about 9% quicker in single-core workloads and 43% faster in multi-core jobs than the M1 inside the iPad Pro. You also get the newest RAM standard (DDR5), which is capable of transporting data at significantly higher speeds than the now-outdated DDR4 standard. The SSD also adheres to the faster PCIe 4.0 standard, which means that everything in the Asus Flow Z13 is significantly quicker for the price.

Furthermore, the iPad operates on iPadOS, which is not a full operating system like macOS or Windows. It’s inferior at file management and multitasking, and iPadOS apps still have less capability than their macOS counterparts—not to mention that if you like to use Adobe programs for creative work, you’re out of luck on the iPad because they’re not accessible. Even Apple’s Final Cut Pro is clearly absent from the iPad Pro, while Garage Band on the iPad is a trimmed-down version compared to macOS.

ALSO READ: How To Change Administrator Name In Windows 10? | OyPrice

Asus has also made certain that the cooling experience on the Asus ROG Flow Z13 is unparalleled. The tablet has a vapor chamber as well as huge fans with curved blades that are particularly designed to maximize airflow while producing little noise. Furthermore, because of the kickstand design, the tablet may keep heat-generating components of the device elevated above your desk when in use, providing for better fresh air intake. However, given the pricing, the RTX 3050 Ti’s performance was underwhelming. The Fire Strike and Time Spy results were somewhat lower than what you would anticipate from this GPU. While it got above 60fps in Shadow of the Tomb Raider at High settings (dipping slightly under at Highest), the system underperformed in more demanding titles like Metro Exodus (averaging 30fps on max settings) and RDR2 (38fps average on max).

A 56Wh battery is housed inside, which is significantly smaller than even the less-than-ideal batteries used in far less expensive equipment. You can expect to get roughly five hours of battery life out of the box for typical business use, which will fall sharply to between two and three hours while playtime. Of course, this isn’t unexpected given that there’s a lot going on behind the hood to burn up that battery.

Furthermore, the ROG Flow Z13 is compatible with the XG Mobile line of external GPUs. This means that for severe and power-hungry work, you may connect it to the 2021 XG Mobile with an Nvidia GeForce RTX 3080 GPU or this year’s new addition to the XG Mobile family, which contains an AMD Radeon RX 6850M XT GPU. This includes a 330W integrated power converter as well as extra connectors like DisplayPort and HDMI to complement the tablet’s USB Type-A and Type-C choices.

Asus’ ROG Flow Z13 offers a reasonably amazing display for anybody who enjoys doodles on a tablet, but it can’t compete with the monster that is the bigger iPad Pro’s Liquid Display XDR. The Asus ROG Flow Z13, on the other hand, has an excellent display for the type of multi-purpose gadget that it is. If evaluated the color gamut levels of the panel using a colorimeter and DisplayCal and pleasantly surprised by the findings. The display of this gaming tablet is 97.7 percent sRGB, 70.3 percent Adobe RGB, and 73.4 percent DCI P3, with a maximum Delta E of 1.12. It also has a maximum brightness of roughly 473 nits.

Basically, Its IPS display boasts high colour accuracy and covers a large portion of the colour gamut, but if you are a skilled artist, it may not be enough. The 12.9-inch iPad Pro not only supports up to a 2732 x 2048 resolution and HDR content with a peak brightness of 1600 nits, but it also covers a larger portion of the Adobe RGB and DCI P3 colour gamuts. There isn’t anything else on the market that can rival the display of the iPad Pro.

Furthermore, anyone who requires a tablet for professional work may be disappointed to see that Intel CPUs still consume far more power than Apple’s M1 chips. The Core i9-12900H utilized an average of 67 Watts while doing single-core workloads, and between 87 and 101W when running multi-core tasks. The M1 Max, for example, only utilized 14-25W and 47-51W. This implies that if you perform any work on either device while it’s on battery power, the iPad Pro will surely last longer than the Asus ROG Flow Z13 since its physical components require significantly less power to operate.

Should You Buy the Asus ROG Flow Z13 tablet?

If you need an ultra-portable gadget for gaming, artistic work, or regular duties, the Asus ROG Flow Z13 gaming tablet is the tablet to purchase. The Intel Core i9-12900H CPU inside is quicker than Apple’s M1 Max chip, which is a godsend for anybody searching for a lightweight, portable, 2-in-1 tablet capable of doing creative work, internet browsing, and gaming with ease. The Flow Z13 is niche and expensive enough to turn off many people, so if you’re looking for something with better gaming performance (and longer battery life) for the same or less money, go with a conventional gaming laptop such as the Asus ROG Strix G15, Asus ROG Zephyrus G14 (2022), Lenovo Legion 5 Pro Gen 6, or MSI Delta 15. If you’re a die-hard Apple fan and have already used an iPad for creative output, you’re better off staying with the iPad Pro, specifically if your favorite editing or sketching app is available—not to mention that its battery can last twice as much time as the Flow Z13.

Asus’ ROG Flow Z13, on the other hand, boasts much more power and adaptability than any other tablet on the market right now. It’s a genuinely wonderful laptop, with a full-fledged operating system, a dedicated graphics card, a high-end processor, and a detachable keyboard. Yes, You should get a hand on one.

At the moment we don’t have the exact price and availability details for the Indian market. But the super fast tablet is available in UAE at AED 8,999 which is somewhere around Rs. 1,85,000. This means that this will be a full flagged flagship laptop with some premium pricing. 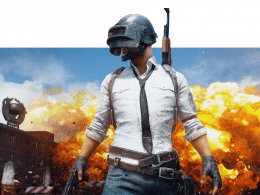 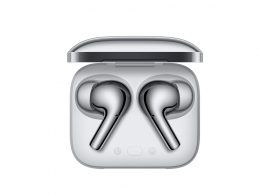 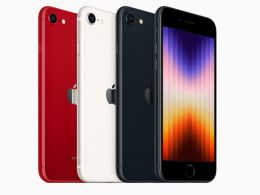 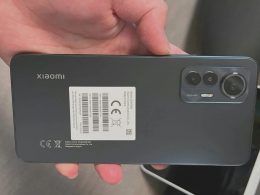 Xiaomi 12 Lite has a boxy design.
byVicky Kumar
No comments