OnePlus 9R could just be the official name of the brand’s new affordable flagship handset. So far, the names of this smartphone have been OnePlus 9 Lite, OnePlus SE, and, most recently, OnePlus 9E. Renowned tipster Evan Blass has now spotted a source code that references the OnePlus 9R tag. The extremely brief Voice post does not disclose much about the specifications of the OnePlus 9R but indicates that this will be the name of the upcoming unit. Along with the OnePlus 9 and OnePlus 9 Pro, the smartphone is scheduled to launch in March.

iQOO is reportedly gearing up to launch another affordable 5G phone after the iQOO Z5, that was recently…
byVicky Kumar
No comments 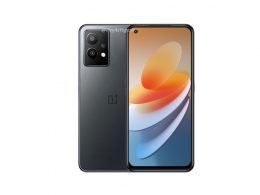 Google Pixel 6a Will Be Powered By Google Tensor