This comes after Hertz, the car rental giant, placed a mega-deal with Tesla, ordering around 100,000 Tesla Model 3s worth USD 4 Billion, which will be delivered sometime before the end of 2022.

According to Reuters calculations based on its latest filing, this has caused Tesla shares to surge as much as 14.9% to $1,045.02, making it the world’s most valuable automaker.

While, on the other hand, making Elon Musk is the wealthiest person on the planet, with a one-day gain of about USD 36.2 Billion, making this the biggest one-day gain ever recorded in the history of the Bloomberg Billionaires Index.

The second place was held by Chinese business tycoon Zhong Shanshan, who made a $32 billion surge in a single day last year, on the day his bottled-water company, Nongfu Spring Co, went public.

Elon Musk has been on the list of the top five wealthiest people, along with the likes of Jeff Bezos, Bill Gates, and Mark Zuckerberg, for some time now. While Elon Musk occasionally reached the first position but, Jeff Bezos soon defeated him.

However, now Elon Musk might be here to stay as he is now worth a whopping USD 253.8 Billion, surpassing Jeff Bezos with over USD 100 Billion. It is estimated that Elon Musk will be the first person to beat the USD 300 billion Mark by the end of the year.

It’s fascinating to see how Tesla is taking over the EV Market and what it holds for the future of EV’s Globally.

What do you think about Tesla taking over the EV market? Let us know in the comments below. Until then, stay tuned to Oyprice and subscribe to our YouTube channel for regular news and updates. 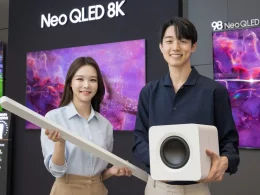 Samsung launched their new Soundbars in South Korea called the Samsung HW-Q990B and HW-S800B Soundbars. Read along to know more about its specifications.
byKeval
No comments 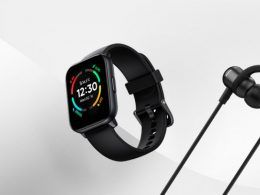 Realme 9 series launch seems imminent as the devices have been popping up on multiple certification sites. According…
byVicky Kumar
No comments