Apple does not include power-bricks with the iPhones from 2020. According to Apple, they are doing this to reduce carbon emissions. A group of Chinese university students decided to sue Apple for this.

According to the Shanghai Law Journal reports, Xiaofang, a student who recently purchased the iPhone 12 Pro Max, was annoyed as the iPhone came without a power brick. Additionally, the power cable was not compatible with the previous power bricks provided with older iPhones.

Xiaofang, along with other students, sued Apple and took them to the Beijing Internet Court. They’re asking Apple to compensate them with a charger as well as pay 100 yuan ($16) for breach of contract and litigation fees.

This news has since gone viral. The amount Apple gets sued for is so small; some may wonder, “WHY?” This case seems less like a hunt for money and about making a statement. The issue is still in progress.

Apple’s narration of reducing carbon emissions and working towards less waste and protecting our environment seems to dwindle when they not only don’t include a power brick, but the cable included isn’t compatible with older bricks.

During Apple Watch Series 7 launch event Apple mentioned how all watch cases are manufactured out of 100% recycled metal, and all magnets used recycled rare earth elements. While there are instances where Apple seems to be working towards the greater good of the environment, some decisions look like money-making techniques.

What are your thoughts on Apple removing the power brick from the box and now other manufacturers following their footsteps? Let us know in the comments below, and until then, stay tuned to Oyprice and subscribe to our YouTube channel for regular news and updates. 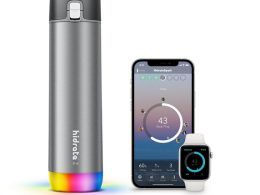 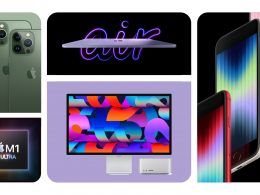 Top Highlights From Apple’s ‘Peek Performance’ Event, In Case You Missed it

Apple Released a Plethora of New Devices & a New SoC at its 'Peak Perfomance' Event.
byAyush Patel
No comments