According to a report from Sammobile, the Galaxy Tab S8 Ultra has a massive 14.6-inch WQXGA+ display with 6.3mm slim bezels and a notch to house the selfie shooter. The device will be powered by the Snapdragon 8 Gen 1 chipset, paired with 8GB / 12GB / 16GB RAM options and 128GB / 256GB / 512GB storage options. It was earlier rumoured to feature Snapdragon 888 SoC. However, the new leak suggests that the tablet could be the most powerful Galaxy Tab to date.

Also Read: Samsung Galaxy A53 spotted on Geekbench with an unreleased Exynos chip.

According to the leak, the tablet will feature dual cameras on the back – a 13MP primary camera and a 6MP ultrawide lens. The cutout on the front also houses two sensors – a 12MP primary lens and a 12MP ultrawide unit. The tablet will pack an 11,200 mAh battery with 45W fast charging support.

The Galaxy Tab S8 Ultra will boot Android-12 based One UI 4.1 skin at the top on the software front. The handset will measure 208.6 x 326.4 x 5.5mm, just 5.5mm thick, impressive. The magnetic S-pen will be attached to the rear side. The Galaxy Tab S8 Ultra will reportedly get a significant upgrade to the DeX for tablet feature. It will enable the device to convert DeX from landscape to portrait orientation. The tablet will be the first from Samsung to get a dedicated Samsung Health app.

How to Restart Smartphone Without Power Button?

It’s usual for your phone’s hardware to break after a few years of usage, whether it’s the power…
byKeval
No comments 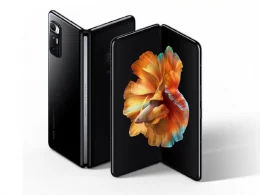 Xiaomi might launch the new Mi Mix Fold 2 with batter crease. Some of the key specifications and display sizes leaked online. Read along to know more about it.
byKeval
No comments

Oppo A95 4G Benchmarked with Snapdragon 662 SoC and 8GB RAM

Oppo’s affordable A-series is growing at a good pace. Earlier this month, the company launched Oppo A55 in…
byVicky Kumar
No comments