Samsung has done an excellent job of pushing out the Android 12 update to a wide range of smartphones and tablets. They have set a new benchmark in the Android smartphone market in terms of software update. The good news is that the South Korean juggernaut does not appear to be slowing down. As they spread the love for One UI 4.1 throughout all categories.

The Galaxy M31 received the One UI 4.1 update earlier this week. Two more Galaxy phones have now joined the club. According to XDA Developers in some areas, Samsung has begun seeding the stable Android 12 upgrade with One UI 4.1 to the Samsung Galaxy A32 5G and Samsung Galaxy A71 4G.

The One UI 4.1 upgrade for the Samsung Galaxy A32 5G is now available to users in Thailand as software version A326BXXU4BVC8. The latest build is for the phone’s SM-A326B model and includes the March 2022 Android security patches. The Korean variant of the Galaxy Jump (model number SM-A326K) has also received the Android 12 upgrade with One UI 4.1 via software version A326KKSU3BVC7. So yet, only the 5G version of the Galaxy A32 has received the Android 12 update. However, it is just a matter of time before the updated firmware makes its way to LTE handsets.

There is a strong chance that Samsung might deliver the upgrade in more markets in the coming weeks, although no official information has been revealed as of yet.

Updates for Samsung Galaxy A71 4G

A few weeks ago, the Galaxy A71 4G model number SM-A715F received the Android 12 upgrade with One UI 4.0. The launch, however, was limited to Hong Kong. Now, Samsung has begun rolling out the stable Android 12 build with One UI 4.1 for the phone all around the world. The A715FXXU8CVC3 build number update is presently available in Russia, Poland, and Panama.

Keep a watch out for the OTA notification if you possess a Galaxy A32 5G or a Galaxy A71 4G. As is customary with staged software rollouts, the One UI 4.1 upgrade may take several days to reach everyone. Don’t be concerned if you don’t see an update notification on your smartphone.

Power users can also manually download the updated release from the company’s update server and flash it on their Samsung Galaxy A32 5G and Samsung Galaxy A71 4G smartphones.

Twitter has launched new feature which will allow users to unmention from any tweet.
byTeam Oyprice
No comments 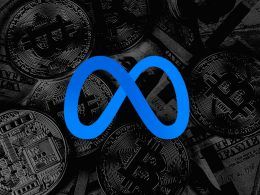 Meta is Rumored to be Working on a Virtual Currency Called ‘Zuck Bucks.’

Meta might launch their own virtual currency called the "Zuck Bucks". But it will not be a crypto currency.
byTeam Oyprice
No comments