The right to Repair movement demands that manufacturers take an active part in ensuring that their devices are easy to repair from a user’s perspective and authentic replacement parts of a product are made available to the buyers of that product. This allows them to get their product repaired from independent repair shops rather than solely on the OEM.

The movement is finally getting things done, making waves while driving significant changes throughout the industry.

This movement has led to many companies finally considering the right to repair as an essential aspect of their product. We have seen recent reports by the grist showing that Microsoft has agreed to conduct an independent third-party study, researching the potential impact of the right to repair. If they were to make their devices easier to repair, they could make changes based on those findings by the end of 2022.

After Microsoft, Valve, the parent company of Steam, is also pushing the initiative further with a recently published teardown video of its upcoming Steam Deck console on its YouTube channel. The teardown video covers everything that you would want to know about upgrading or repairing the console.

The video shows that the plastic back comes off easily and that there aren’t any ribbon cables or sensors attached to it. Once the back’s off, we get to see lots of sub-boards. Again, this might be a win from a repairability point of view since the sub-boards will be much easier and cheaper to replace.

Apart from this, the movement has also led to creating a new market for devices that are easy to repair from a user’s perspective, as we have seen with Fairphone and the Framework laptop, which have turned this movement into a selling point.

The Framework laptop is a first-of-its-kind laptop built around user upgradability, repairability. The gear allows the users to easily modify the modular hardware of the device, right from the motherboard, SSD, the battery, the display to all the ports on the laptop by using magnetic connectors.

Also Read: Google Will Now Help You Tune Your Guitar With This Nifty Feature

While on the other hand, we have Fairphone, which is taking the concept of repairability to the next level with a modular smartphone. This allows users to swap the battery, display, camera, and housing of the phone on the go, with minimal effort. Fairphone also has an online store that allows users to have different spare parts to repair their devices.

Many huge companies such as LG had a lineup of modular phones that tried but failed, while Google started the project ARA with an exciting idea to make a modular smartphone that never took off.

Overall, the right-to-repair movement is doing what it needs to do; persuading companies to consider user upgradeability, repairability when designing a new product. Apart from this being great for consumer rights, this is also great for sustainability, as this will lead to fewer devices ending up in the landfill.

Do you think that the Right to Repair movement is helping foster change throughout the tech industry? Let us know in the comments below, and stay tuned to Oyprice and subscribe to our YouTube channel for regular news and updates. 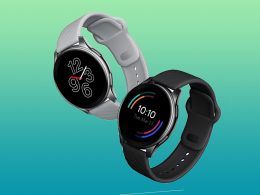 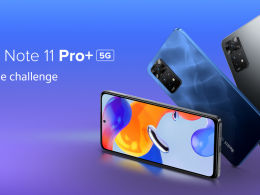 Xiaomi Is Expected To Launch The Redmi Note 11 Pro+ Today

Xiaomi is all set to launch their Redmi Note 11 Pr+ smartphone in the international market today. Read along to know more about it.
byKeval
No comments

Realme 9 series smartphone has been seen popping up on various certification sites this month, thereby hinting at…
byVicky Kumar
No comments

This week, MediaTek unveiled Dimensity 9000 SoC as the company’s most powerful chipset for mobile phones. It’s the…
byVicky Kumar
No comments