Xiaomi could launch the Redmi Watch 2 on October 28th, alongside the Redmi Note 11 series in China. 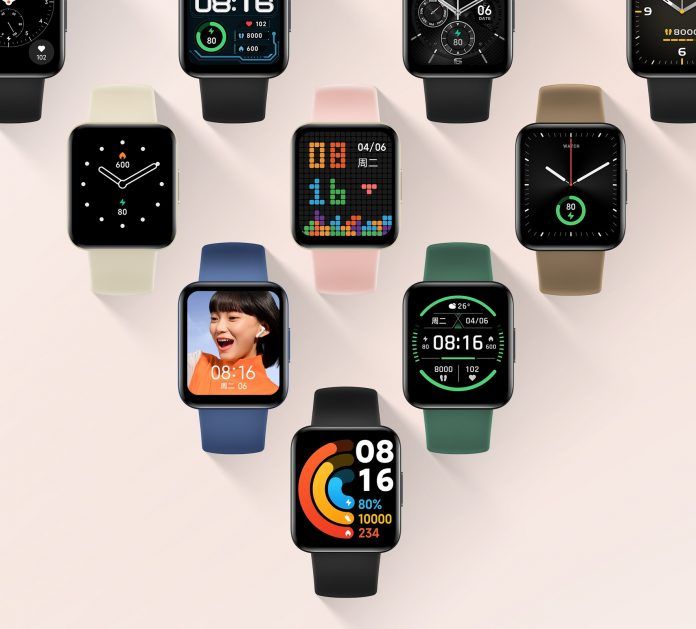 Redmi is all set to launch its highly anticipated Redmi Watch 2 on October 28th in China. The launch of this watch will be accompanied by the Redmi Note 11 series launch, which could be their most famous series. The Redmi Watch 2 offers considerable upgrades from the original Redmi Watch, making it very worth your time.

The pricing of the Redmi Watch 2 was revealed on Chinese e-commerce site JD.com just before its official launch. It was spotted in the ‘Guess you like’ widget on the website, and the Redmi Watch 2 product page displayed a message that the smartwatch is yet to be announced. First spotted by GizmoChina, the Redmi Watch 2 will be priced at CNY 399 (roughly Rs.4,600) at launch.

As far as the internals for the Watch 2 go, we have seen some leaks from multiple tipsters as well as Redmi themselves. The display this time will be 0.2-inches larger, coming in a 1.6-inches. The display will also be an AMOLED panel instead of the original LCD, which offers deeper blacks and more power efficiency.

The display this time is more prominent due to narrow bezels on the watch and a higher screen-to-body ratio. While we have no official information about the Redmi Watch 2’s dimensions, we expect them to more or less stay the same.

The launch teaser posted by Xiaomi on Weibo reveals the same design as last year for the watch and no significant design changes. The Redmi Watch 2 is likely to sport a square dial and a physical button on the side. We may see a new OS with some new watch faces this year, though. The gear has been listed on JD.com in three colour variants. Elegant Black, Ivory, and Space Blue.

The features should receive a minor upgrade, and we can expect to see the same host of fitness features along with functions from a connected phone, just like the Apple Watch or Samsung Galaxy Watch.

Sanchit Garg
At 14, Sanchit is the youngest member of team Oyprice. He is so young, we had to look up labour laws before hiring him. He is also a budding content creator on YouTube where he covers all of the latest and greatest tech with reviews, tests and comparisons! Sounds interesting? Follow him on @sanchitgarg_ everywhere!
RELATED ARTICLES
Technology