Details about the Redmi Note 11 series continuously surfaced on the internet as we are getting close to the launch. The Chinese brand will launch the new Redmi Note series on October 28 in China. Recent teasers have revealed some key details about the phone, as well as its appearance. Now, two new Xiaomi phones with model numbers 21091116C and 21091116UC have been spotted on Geekbench, revealing several key specifications. These two new devices are speculated to belong to the upcoming Redmi Note 11 series.

Before the Geekbench appearance, the Xiaomi 21091116C was spotted on the 3C certification site with 67W fast charging and Xiaomi 21091116UC with 120W fast charging. As per the Geekbench listing, the Xiaomi 21091116C and 21091116UC are powered by the MediaTek MT6877T SoC, which we know as the Dimensity 920 chipset. Both the phones have 8GB RAM and are likely to be offered in a 6GB variant too, as the Redmi Note 11 will be an affordable series. Both the phones will boot Android 11 out of the box. 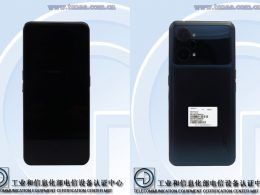 Oppo K10 Pro could be powered by a Snapdragon 888 chipset.
byVicky Kumar
No comments 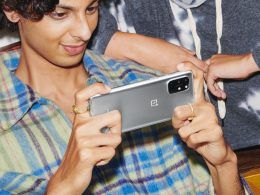