Realme Q3s is confirmed to launch this month in China. The company’s Vice President for China has already revealed that the Snapdragon 778G chipset will power it. The rest of the specifications and the renders were recently leaked via the TENAA listing. Now, the smartphone has popped up on benchmarking site Geekbench, confirming the previously known specifications.

Realme Q3s has been listed on the benchmarking site with model number RMX3461. As per the listing, the smartphone is driven by the Qualcomm Snapdragon 778G chipset. Geekbench listing confirms that the Realme Q3s has an 8GB RAM variant. It is also expected to come in a 6GB and 12GB variant. When tested on Geekbench v5, it managed to pull off 791 points in the single-core test and 2,783 points in the multi-core test.

Also Read: Realme GT Neo2T Launches on October 19: Everything We Know About the Phone

The device will boot Android 11 out of the box, with a Realme UI custom skin layer at the top. It is said to have an LCD with a high refresh rate of 144Hz. TENAA listing suggests that the phone may have a screen size of 6.59-inch. It might feature a punch-hole cutout for the 16MP selfie camera. The phone boasts a triple camera setup on the back consisting of 48MP + 2MP + 2MP sensors.

Realme Q3s could pack a 4,800mAh rated capacity battery and is likely to support 30W fast charging. The fingerprint sensor is embedded under the display. The phone is expected to come in Dark Blue, Aurora Purple, and Black colors. It is already confirmed to launch in October. However, the launch date is yet to be announced. 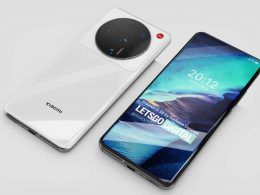 The Vivo V21 5G has been launched in India today at 12 p.m. IST. The phone was unveiled in…
byTeam Oyprice
No comments

The launch date for the Vivo V21 5G in India has been announced. On April 29, the phone…
byTeam Oyprice
No comments