Realme Narzo 50 is all set to launch in India on February 24. It will be a budget phone powered by a MediaTek Helio G96 chipset. We are still a day away from the launch and pretty much everything about the Realme Narzo 50 has now surfaced on the internet, including its specifications and live images.

The upcoming Realme Narzo 50 has now passed through the FCC certifications. It reveals the design and some key details. The device has a flat display with a punch-hole cutout at the upper-left side for the selfie camera. Around the back, Narzo 50 has a rectangular camera module, housing three sensors and an LED flash. The camera island is pretty much similar to Realme 8i.

Realme Narzo 50 has a headphone jack, speaker grille, and a USB Type-C port at the bottom, while the power button on the right edge seems to be doubling as a fingerprint scanner. The adapter images confirm that the device supports 33W fast charging.

The specifications of Narzo 50 have already surfaced revealed by tipster Yogesh Brar (via RMLeaks). According to him, the device will have a 6.6-inch IPS LCD screen with FullHD+ resolution and 120Hz refresh rate. It is likely to be offered in 4GB/6GB RAM options with 64GB/128GB internal storage. The camera setup on the back might consist of a 50MP primary camera, a 2MP B&W lens, and a 2MP macro shooter. For selfies and video calls, there’ll be a 16MP snapper.

A 5,000mAh could be housed inside the Narzo 50 with support for 33W fast charging over a USB Type-C port. It is tipped to have a microSD card slot for additional storage. The device is likely to boot Android 12-based Realme UI 3.0 skin. As of now, there’s no official word on pricing. However, it is anticipated to be priced under Rs 18,000. 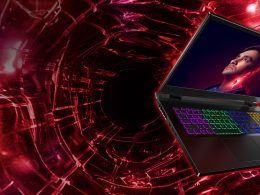 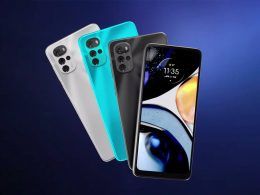