Realme is Working on an Apple MagSafe Alternative Called MagDart

Here's everything know about MagDart so far. 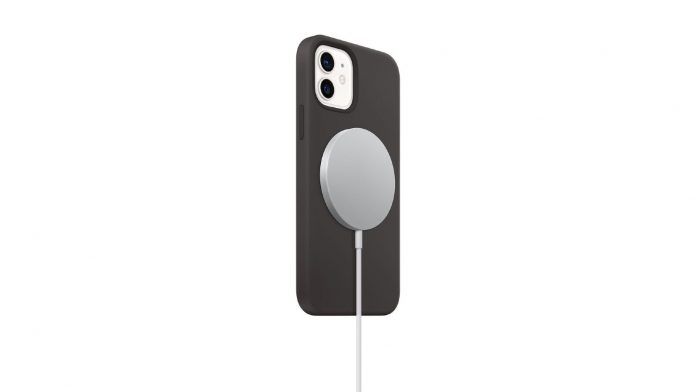 Realme is Working on an Apple MagSafe Alternative Called MagDart – Realme is gearing up to launch the MagDart, which is their version of Apple MagSafe. People greeted Apple’s MagSafe technology with open arms when it was added to the iPhone 12 last year.

With MagSafe, the iPhone becomes a platform for a variety of modifications that support the technology, and there are already a lot of them. Android smartphone makers appear to be working on incorporating the same charging technique into their devices.

Realme has just submitted a new trademark application. This trademark application was initially identified by our In-house leakster @Gadgetsdata, who revealed the name of this imminent technology, at the European Union Intellectual Property Office (EUIPO). Let’s take a look at the Realme MagDart EUIPO listing for more details.

The Realme MagDart’s description suggests that the device will be a new charging solution. However, the technical features of this charging method, which appears to be similar to Apple’s MagSafe system, are yet unclear. The corporation has yet to make an official declaration about this technology as of right now. As a result, we have no way of knowing whether the vendor is working on such a project or simply covering all bases.

Wireless charging, no matter how advanced, is not the preferred method of charging for most people. There are several reasons behind this, the most unpleasant of which is that Qi chargers, which now dominate the wireless charging hardware market, are prone to power loss during the transfer due to inconsistent alignment.

Apple’s MagSafe overcomes this issue, although its maximum power output is significantly lower than Qi’s. The MagSafe coil is attached to the rear of the iPhone 12 by magnets inside the device. Using a suitable charger, it can charge devices up to 15W. For MagDart, Realme is expected to adopt a similar mechanism.

Other BBK Electronics-owned smartphone firms, such as Vivo and OnePlus, may also release their own MagSafe-like charging method in the future. Realme has yet to reveal any information about its magnetic wired charging technology. But, we expect more information on this will be available in the future.

Ronil Thakkar
Ronil is a Content Ninja and the first writer of Oyprice. He starts his day by scouting tech news and ends his day by churning out crypto. When not scribbling tech, you will find him shooting pixeled heads in Competitive FPS Titles or engrossing anime. He listens to Green Day when beating Ahmedabad traffic.
RELATED ARTICLES
App News

The Nothing Ear 1 are finally available in India after much anticipation. These are the most recent completely wireless earbuds in this category, and they're...
Read more

Apple notified App Store users that they can now make payments via UPI, Rupay, and net banking. Previously, the Apple App Store could only...
Read more

The Nothing Ear 1 are finally available in India after much anticipation. These are the most recent completely wireless earbuds in this category, and they're...
Read more