Realme GT Master Explorer Edition Will Not Come To India 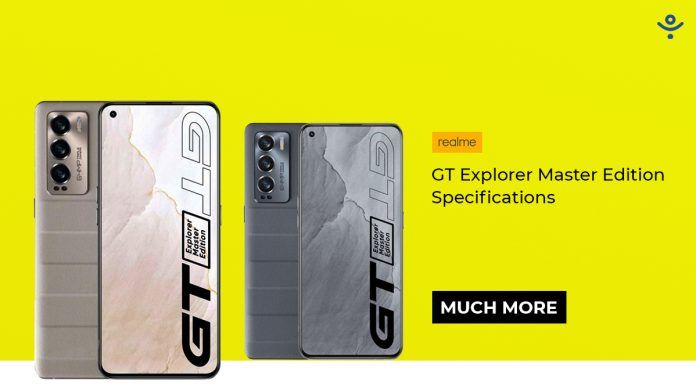 Realme CMO Francis Wong confirmed it on Twitter, in a reply to a Twitter user who was asking about its launch date. Francis Wong said, “won’t launch Explorer Edition in India”. He further added “but we have some Greater Things Prepared,” in his tweet. But this particular tweet is now deleted. So, it is now sort of confirmed that this device will not come to India. We can. however, expect a better device than GT Master Explorer Edition in India, soon.

Realme GT Master Explorer Edition is expected to feature a 6.5-inch E3 Super AMOLED with 120Hz Refresh Rate. The peak brightness of the display is 1100nits, and it’s a curved display. The device will be powered by Qualcomm Snapdragon 870 SoC – it’s the 2nd most powerful SoC from Qualcomm yet based on 7nm.

The handset has up to 12GB LPDDR4X RAM and up to 256GB UFS 3.1 internal storage. Realme GT Master Explorer Edition will boot Android 11 & Realme UI 2.0 custom skin out of the box.

As for the camera, Realme GT Master Explorer Edition will house a 50MP Sony IMX766 Main Camera, 16MP ultra-wide camera & 2MP macro camera for those close-up shots. At the front, the smartphone features a 32MP selfie camera. The smartphone will come with a stereo speaker and NFC. To power everything, the device will pack a 4500mAh dual-cell battery with 65W Super-Dart fast charging.

What do you think about this decision? Let us know in the comments section below. Stay tuned to Oyprice and subscribe to our YouTube channel. And don’t forget to join our telegram channel for regular news and updates.