Chinese smartphone manufacturer Realme is gearing up to launch the high-end GT 2 series on January 4 in China. The company, on the other hand, is also in the works to launch an affordable smartphone series – Realme 9. Back in September, Realme announced that the Realme 9 series will launch in India next year. After that, we didn’t hear more about it from the brand. However, the devices have recently been spotted on multiple certification sites, suggesting an imminent launch. Now, the Realme 9i has been spotted on the e-commerce platform, AliExpreess, detailing its key specifications.

According to the Realme 9i listing on AliExpress, the phone has a 6.59-inch FullView display with 2400 × 1080 pixels (FullHD+) resolution. It features a 50MP primary camera on the rear side and a 16MP snapper for selfies and video calls. The Realme phone is powered by a Qualcomm chipset, which, according to recent leaks, is the Snapdragon 680 SoC.

Realme 9i will pack a 5,000mAh battery with 33W fast charging support through a USB Type-C port. It features a side-mounted fingerprint scanner, dual-sim slot, and supports face recognition. It is listed to have 4GB RAM and 128GB internal storage. Though, we can expect it to come in more variants. Surprisingly, the listing on the e-commerce portal mentions that the phone doesn’t have a 3.5mm audio jack.

In addition to the Realme 9i, the lineup is expected to include Realme 9, Realme 9 Pro, and Realme 9 Pro+ 5G. Recently, the devices have been seen on various certification sites. It hints that we are most likely not too far from the launch announcement. Rumours are that the devices could launch in February 2022.

Thank you for sticking with us all the way to the end of this article. Join us on Telegram, Facebook, or Twitter to stay on the top of latest happenings in technology. 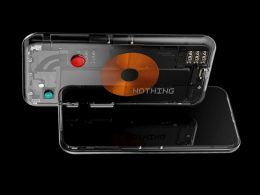 Meizu 18x, 18s, and 18s Pro Spotted on 3C Certification Ahead of the Launch

Yesterday, we spotted the Meizu 18s and Meizu 18s Pro on the TENAA certification with model numbers M182Q…
byVicky Kumar
No comments