The Realme 8i and the Realme 8s are now confirmed to launch in India on September 9. The company will host a virtual launch event for the Realme 8i and 8s, which will be live-streamed through its social media channels on September 9 at 12:30 PM. The microsite for Relame 8s 5G is already live on Flipkart confirming that it will be sold via the online platform.

The brand has confirmed that Realme 8s 5G will be the world’s first phone to be powered by Dimensity 810 SoC. Also, Realme 8i is coming as the first Helio G96 chipset-powered phone in India. Let’s now take a look at the leaked renders and specifications of Realme 8i and 8s.

Realme 8i is said to feature a 6.59-inch FullHD+ display with a 120Hz refresh rate and a punch-hole cutout for the selfies camera. The phone may come with a triple rear camera setup on the back which reportedly includes a 50MP primary camera, a 2MP portrait lens, and a 2MP macro shooter. It may have a 16MP front-facing camera for selfies and video calling.

The smartphone may be offered in 4GB RAM + 128GB storage. The company might announce more variants at the launch. Realme 8i is said to have a 5,000mAh battery with support for fast charging. The phone is likely to feature a side-mounted fingerprint scanner, USB Type-C port, and a 3.5mm audio jack.

The handset is confirmed to be driven by Dimensity 810 SoC. Past reports reveal that the phone may come with a 6.5-inch display with 120Hz refresh rate support. Leaked renders reveal that Realme 8s 5G will have a quad-camera setup on the back which may include a 64MP primary camera. It is said to have a punch-hole style 16MP selfie shooter.

Realme 8s 5G is said to be offered in 4GB/6GB RAM and 128GB/256GB storage options. It may house a 5,000mAh battery and is likely to support 33W fast charging. The phone has a side-mounted fingerprint scanner.

Realme 7 Pro gets an Android 11-based Realme UI 2.0 Update, everything you need to know about the new UI features.

Highlights: Realme 7 Pro gets a Realme UI 2.0 which is Android 11 based. Realme revealed the early…
byTeam Oyprice
No comments 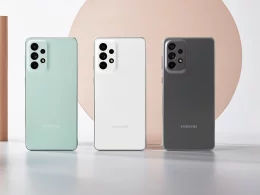 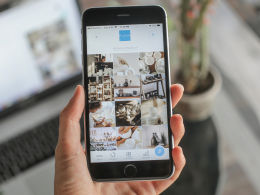