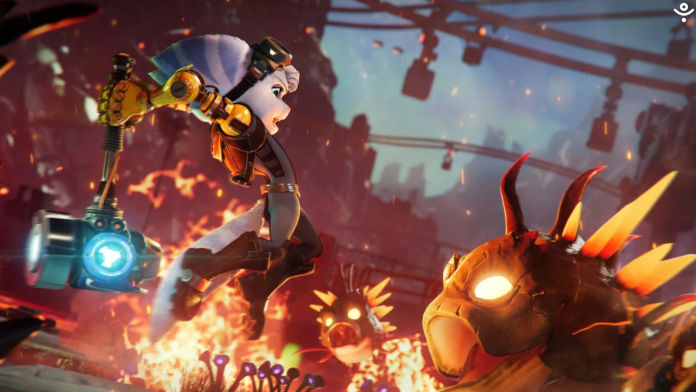 The new Ratchet & Clank game proved the point of the PlayStation 5 when it was revealed last year. During Sony’s PS5 reveal, developer Insomniac Games demonstrated Ratchet & Clank: Rift Apart, showing the galaxy-saving pair teleporting almost instantly from planet to planet, loading in absolute, graphically rich worlds in a fraction of a second.

Also Read: PUBG Mobile OTS Mode: What Is It and How to Enable It

Rift Apart will bring the long-running duo to the PlayStation 5 for the first time, and IGN’s Jonathon Dornbush saw a hands-off demo of over 30 minutes of gameplay from the PS5 exclusive. They broke down some of the new gameplay additions, like tweaks to combat and new weapons in Ratchet’s arsenal, and discuss how Rivet brings a new dimension to Ratchet and Clank’s story.

Players will find out for themselves when Insomniac’s new Ratchet & Clank adventure comes to PlayStation 5 on June 11.

Ashvin Chavda
Ashvin is a true master of the art of being a handful, Handling in-house operations, instructional designing, being a part-time writer, and acting as the company's mascot. He is the Rico of the team from Madagascar. Everyone calls him crazy! But he prefers the term mentally hilarious.
RELATED ARTICLES
Games

According to news, the official League of Legends tournament upcoming matches will be played in a non-spectator mode, and some matches will be adjusted...
Read more
Games

PlayStation Plus players will be getting access to download and play some of the most amazing games for free in August 2021. Last month...
Read more
Games

PlayStation Plus players will be getting access to download and play some of the most amazing games for free in August 2021. Last month...
Read more