After revealing its high-end Snapdragon 8 Gen 1 SoC late last year; new leaks suggest that Qualcomm might be gearing up to bring a sub-premium chipset to the market that will be competing with MediaTek’s Dimensity 8100.

If we were to go by the leaks that were revealed by popular tech tipster Digital Chat Station, the possible Snapdragon 7 Gen 1 will be an octa-core chipset. This includes four Cortex-A710 cores and four Cortex-A510 cores paired with a new Adreno 662 GPU that builds on the success of Adreno 660.

Meanwhile, the inclusion of Cortex-A710 and A510 cores also suggests that it will be using the same ARM V9 architecture that is used by almost all of the current flagship chipsets including Qualcomm’s Snapdragon 8 Gen 1, MediaTek Dimensity 9000 as well as Samsung Exynos 2200 minus the Cortex-X2 super core.

Furthermore, we can expect the Snapdragon 7 Gen 1 to be a direct competitor to MediaTek’s recently announced Dimensity 8100, which for context features slightly older but quite similar Cortex-A78 and Cortex-A55 cores.

Also Read: Intel Teases Its First Arc Alchemist Desktop GPU Which Will be Shipping This Summer

What do you think about the rumoured Snapdragon 7 Gen 1? Let us know in the comments section below. Until then join us on Telegram, Twitter or Facebook and stay up to date with the latest happenings in the tech industry.

Samsung had earlier launched its Galaxy M51. This year, its successor – the Samsung Galaxy M52 is coming.…
byTeam Oyprice
No comments

Some people say that 2020 wasn’t Apple’s year. The Cupertino based giant faced a dry run at the…
byTeam Oyprice
No comments 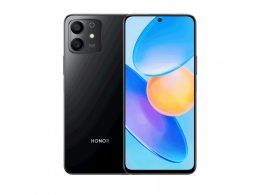 Honor Play 30 launch seems imminent as the device has started popping up on certification sites.
byVicky Kumar
No comments