Here’s what you can expect from the Chinese variant of Oppo K10.

Oppo has already announced the Snapdragon 680 SoC-powered Oppo K10 in the Indian market. Recent leaks have suggested that the smartphone could launch soon in China with a MediaTek chipset. It is believed to launch as the first phone with Dimensity 8000 SoC. Ahead of any official announcement, the Oppo K10 is listed on TENAA which reveals its full specifications and design.

According to the Oppo K10 images from the TENAA listing, the device has a triple-camera setup on the back. It has volume buttons on the left side and there’s a power button on the left, which could double as a fingerprint scanner.

The Chinese variant of the Oppo K10 has been listed on TENAA with the PGJM10 model number. The device has a 6.59-inch LCD display with a FullHD+ resolution of 2412 x 1080 pixels. Under the hood, it is powered by an octa-core processor with a base clock speed of 2.75GHz, which, according to recent leaks, is the MediaTek Dimensity 8000 SoC.

The device has already passed through the 3C certification site. It revealed that the phone supports 67W fast charging. Further, the TENAA listing reveals that the handset measures 164.3×75.8×8.7mm and weighs 205g. 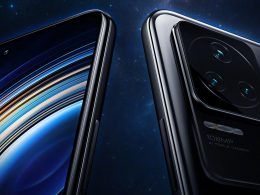 Redmi K50 series will be the first set of phones to support Bluetooth v5.3.
byVicky Kumar
No comments

Xiaomi has scheduled a global product launch event for September 15, 2021. Until today, it was rumored that…
byVicky Kumar
No comments