OnePlus TV U1S is set to launch in India on June 10, alongside the much-rumoured OnePlus Nord CE 5G. 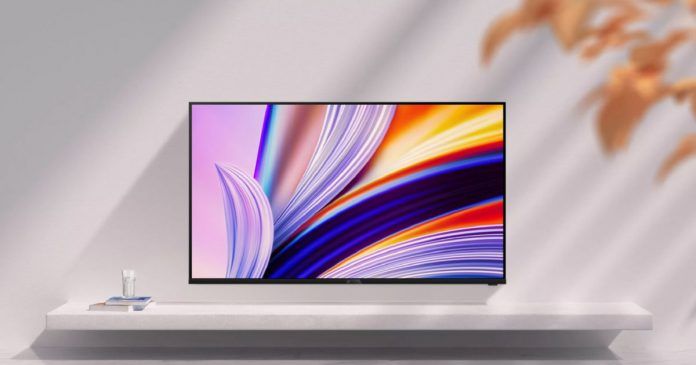 OnePlus is just a few days away from launching another smart TV in India, as well as the much-anticipated Nord CE 5G. To keep the excitement going ahead of the debut, the business has opted to share small details about both gadgets.

However, the complete features of the device have been leaked by the tipster, Ishan Agarwal recently. So we have some verifiable information. Here’s a rundown of what they are.

The latest features teased by the tipster, Ishan Agarwal, reveal that the Smart TV will provide Bluetooth Connectivity through which you can connect your OnePlus Buds to the TV and listen through your earphones. The device also boasts of a bezel-less and sleek display as well as 4K Support. Lastly, the smart TV will sport more than 50 AI algorithms powered by a gamma machine.

The OnePlus TV U1S will also have precise hands-free voice control, as previously disclosed. A microphone and four LED lights were shown in the teaser image, which will light up when a user orders. The addition of the word “precise” could ensure the precision of the feature.

Another teaser suggested that the TV would enable seamless connectivity, allowing users to connect it to their OnePlus smartphones using the Connect app. It will also allow users to easily swap between two cell phones.

According to tipster (Ishan Aggrawal), OnePlus will announce the TV series in three different display sizes – 50-inch, 55-inch, and 65-inch. The range will be lower than the Q1 series, which has a 55-inch 4K QLED TV. 4K resolution will be supported by all three OnePlus U1S LED TV models. According to the article, the display would also offer HDR10+, HLG, and MEMC at 60Hz. In terms of audio, the OnePlus U1S TV models will have 30W speakers with Dolby Audio compatibility and Dynaudio tuning.

The forthcoming OnePlus TVs will also include a blue light mode, as well as a new Live TV section in OxygenOS TV, which OnePlus released quietly with the OnePlus TV 40 Y1.

The OnePlus U1S series is believed to compete with the recently announced Redmi Smart TVs in the country. It is claimed  that the next OnePlus TVs will cost between 2000-3000 more than the Redmi X series smart TVs.

The official pricing and availability details of the OnePlus U1s LED TV will be announced at the time of its launch in India. It is also likely to be sold on Amazon India, similar to the OnePlus Nord CE 5G on June 10.

Khushi Lokapurhttps://khushilokapur.wixsite.com/website
Khushi is currently studying Business Administration and continuously looking for opportunities to expand the horizons of her knowledge. She loves to play video games, cook, and binge-watch in her free time.
RELATED ARTICLES
Television

OnePlus has recently announced a price hike for its OnePlus Smart TVs in India. And now they have once again hiked the price of...
Read more

OnePlus has recently announced a price hike for its OnePlus Smart TVs in India. And now they have once again hiked the price of...
Read more