OnePlus Nord CE 2 Lite is reportedly in the works, which could be a toned-down version of the Nord CE 2 5G that came earlier this year. The brand has not yet announced the arrival of Nord CE 2 Lite 5G. However, the launch seems imminent as the device has now appeared on BIS and TDRA certification sites.

While the brand is yet to reveal anything about the upcoming Nord series phone, its specifications and renders have tipped multiple times in the past. The renders revealed that the device might come with a rectangular camera module housing three sensors and an LED flash. The device is said to sport a 6.58-inch FullHD+ display with a 90hz refresh rate and a punch-hole cutout for the selfie camera.

OnePlus Nord CE 2 Lite is said to be powered by a Snapdragon 695 chipset, paired with up to 8GB RAM. It might come with 64MP triple rear cameras and a 16MP selfie snapper. The smartphone is likely to have a 5,000mAh battery with support for 33W fast charging over a USB Type-C port. It will ship with Android 12 out of the box. 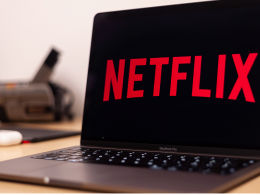 Samsung is on a launching spree, the company is gearing up for the launch of a new series…
byTeam Oyprice
No comments