OnePlus is definitely not the brand that it was before with major influence from OPPO but it continues to deliver great devices from time to time. This time around OnePlus has unveiled the latest addition to is Nord lineup of budget Smartphones with the release of OnePlus Nord CE 2 5G along with two other new budget friendly TVs namely Y1S and Y1S Edge.

From the outside the OnePlus Nord CE 2 5G feels very similar to any other OnePlus Nord device with a plastic body. While the whole device appears to be a slightly tweaked and rebranded Frankenstein of the Oppo Reno7 and Find X3 with a continuous camer bump and a very similar looking camera setup to that found on the Reno7.

Meanwhile, under the hood the Nord CE 2 packs a MediaTek Dimensity 900 chipset which provides a decent perfomance with two fast ARM Cortex-A78 cores clocked at 2.4 GHz and six power efficient Cortex-A55 cores cores clocked at 2 GHz. Meanwhile, the chipset is paired with 6/8GB of LPDDR4X RAM and 128GB UFS2.2 storage that can be expanded up to 1TB using a SDcard.

As for its cameras the Nord CE 2  features three rear cameras which includes a main 64-megapixel sensor, an 8-megapixel ultra-wide, and a 2-megapixel macro sensor. Whereas on the formt of the device you’ll find a 16-megapixel selfie shooter.

Just like every year, along with the Nord CE 2 5G OnePlus also unveiled its lineup of entry level HD TVs which includes two models, the OnePlus TV Y1S and Y1S Edge.

Also Read: Realme Pad Mini (RMP2105) Might Launch Soon as it Gets Approved by BIS & NBTC

What do you think about the latest offerings from OnePlus? Let us know in the comment section below. Until then, stay tuned to Oyprice and join us on Telegram, Facebook, or Twitter and stay up to date with the latest happenings in the tech industry. 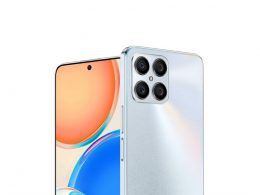 Samsung is expected to unveil the next-generation Galaxy S-series flagship phones in the beginning of next year, January…
byVicky Kumar
No comments