OnePlus Ace could be powered by a Dimensity 8100 SoC.

OnePlus Nord has been the company’s popular mid-range smartphone lineup. Now, according to recent leaks, the Chinese smartphone brand might come up with a new “Ace” series. The first phone from the new lineup is said to be called OnePlus Ace. While we have not heard its arrival officially, a benchmarking listing of the device has popped up online that spills out some key details.

Interestingly, Oppo, a BBK group member, used to have the Ace series. The first product was OnePlus Reno Ace, which was announced in 2019. A year later, the last member arrived – Oppo Ace2. Since then, the company has not announced a new phone under the Ace series. OnePlus is also a part of the BBK family, which seems to have started working to refresh the Ace series.

The OnePlus will boot Android 12 out of the box. Furthermore, it also reveals that the device has 12GB of RAM. We might see more RAM variants at the launch. Upon going through Geekbench v5 test, the OnePlus Ace (possibly) managed to pull off 962 points and 3819 points in the single-core and multi-core tests, respectively.

According to a Chinese tipster WHYLAB, the OnePlus Ace could come with a 6.7-inch OLED screen with a 120Hz refresh rate. It is said to have a 50MP Sony IMX766 primary sensor on the back. The phone is tipped to come with a 4,500mAh battery with support for 150W fast charging.

Nokia C20 Plus has been launched as the company’s latest budget-friendly phone in India. The smartphone debuted last…
byVicky Kumar
No comments 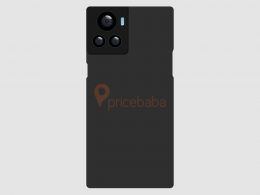 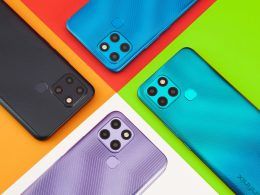