OnePlus 9RT has been in the rumor mill for a while. It is positioned to debute as an upgrade to the existing OnePlus 9. The phone is expected to be unveiled on October 15, but the company has not yet confirmed its existence. Past reports reveal that the OnePlus 9RT carries model number MT2111, which was recently spotted on India’s BIS certification, hinting at an imminent launch in the country. Today, we have spotted the device on China’s 3C certification that reveals some key details.

According to the 3C listing, the OnePlus 9RT carries model number M2110 and supports 65W fast charging. It also confirms the presence of 5G connectivity. The phone is said to be powered by Qualcomm Snapdragon 870 SoC, which is also present in the OnePlus 9R. The SoC is likely to be paired with 8GB RAM and up to 128GB of internal storage.

The device is expected to come with a 6.55-inch E3 Super AMOLED display with FullHD+ resolution, 120Hz refresh rate support, and Corning Gorilla Glass 5 protection. It is said to feature a triple camera setup on the back which might include a 50MP Sony IMX766 primary sensor, a 16MP Sony IMX481 ultrawide lens, and a 2MP monochrome sensor. The phone may house a 4,500mAh battery and is likely to support 65W fast charging over a USB Type-C port.

We can expect more details to surface online, as we are still a month away from the rumored launch date. Stay tuned to Oyprice and subscribe to our YouTube channel.

Samsung Galaxy M52 5G Launched in India: Everything you should know

Samsung has launched the Galaxy M52 5G in India. The device comes as a successor to the Galaxy…
byTeam Oyprice
No comments 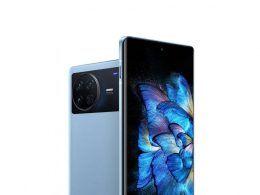