OnePlus 10 smartphone key specifications leaked online. It will come with Snapdragon 8Gen1+ or Dimensity 9000 chipset. Along with 150W charger.

The leaked information about the OnePlus 10 model has been successful in capturing the attention of the people even before its launching. Previously, with the launch of OnePlus 10 Pro, a large number of OnePlus fans had started speculating what was in store for the company’s next launch. Now that some information regarding OnePlus 10 have been leaked, people have got an idea of what is about to come with the OnePlus 10.

According to the report by OnLeaks and Digit India, it is confirmed that OnePlus 10 will feature 150W charging and it could be the first OnePlus model in the recent times to have an alert slider with it.

So… Today, I can confirm that the vanilla #OnePlus10 is definitely coming and guess what… I have its complete specs sheet to share with you…😏 #FutureSquad

Before talking about anything else, let’s talk about what kind of performance the consumers can expect from this new model. According to the published reports, OnePlus 10 could be powered by either Snapdragon 8 Gen 1+ or the MediaTek Dimensity 9000 chipset. As it is being anticipated that currently the company is busy in testing two chipset variants. Though the two processors are considered to be very high in terms of performance, it will still be interesting to see what the Snapdragon 8 Gen 1+ has in store for us.

Just like the previous OnePlus model, OnePlus 10 Pro, is likely to have the same memory storage capability. It is going to have 12GB or 8GB of RAM and 128GB or 256GB of internal storage. This new model will have 48,00mAh battery capacity. It will have 6.7-inch LTPO2 AMOLED screen along with FHD+ resolution. The smartphone will also have 65W and 80W SuperVOOC chargers like the OnePlus 10 Pro model which can help the mobile get fully charged within half an hour. Its 150W charger may finish the same job in less than 20 minutes.

Now, a phone is never complete without having good camera facility. It is one of the most important preferences of the consumers. The OnePlus 10 Pro came with the triple camera which had dual cameras of 50MP and an 8MP telephoto. This new model however, is going to be a little different in terms of that.

It will come with a triple camera set up as well. However, it is likely to have the Hasselblad branding. It will have a 50MP main camera, a 16MP ultrawide camera and a macro shooter of 2MP. It is expected that the selfie camera will have a 32MP snapper. Perhaps, it will be the first OnePlus model to feature the alert slider which will allow the users to change the phone’s setting without feeling the need of unlocking the device.

Although at the moment we don’t have any idea about when the phone will get launched as the company has not reveled any official information regarding price or launch of the smartphone. But according to rumors’ the OnePlus 10 smartphone will not arrive until the second half of the year.

Readers should keep in mind that all these information is based on rumors and leaks that’s why we advice you to take it with a pinch of salt. 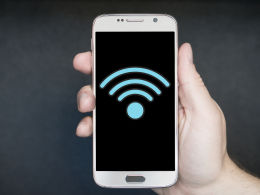 YouTube Is Working on Bringing a New Feature to iPhone Users

YouTube is developing a new Picture in Picture mode for iPhone users. Read along to know more about it.
byTeam Oyprice
No comments