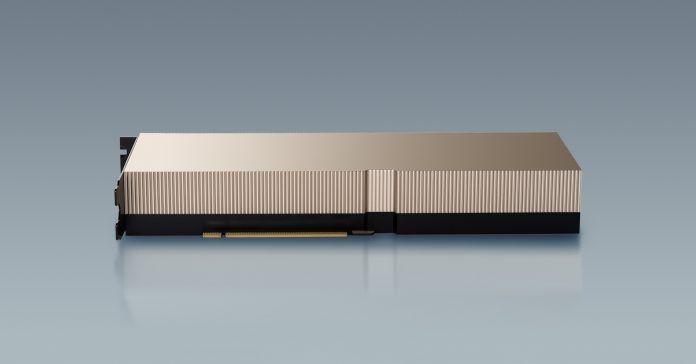 Cryptocurrencies are on the rise, and so are the demands for GPUs that can be used to mine these cryptocurrencies. The demand is so high that it worsens the chip shortage while driving prices up to a point where GPUs retail at as high as a 71% hike over their MSRP (Manufacturer’s Suggested Retail Price).

Seeing this, many companies, including Nvidia, promised to take the situation into their hands and pledged to introduce hash rate limiters for their gaming GPUs that could block the GPU from mining cryptocurrencies. However, this didn’t do much good, as many users were able to get over these limitations with some minor tweaks resulting in mining performance being boosted to 70 percent, while on the other hand, Nvidia promised to design a dedicated card just for Crypto mining.

Nvidia has fulfilled the promise made earlier and has finally made its new CMP 170HX “Cryptocurrency Mining Processor” available for sale at USD 4,300. The new card is a dedicated GPU designed just for crypto mining.

The CMP 170 HX provides a promising hash rate of 164 MHps when mining Ethereum, which is a huge number when compared to the CMP 90HX model listed on Nvidia’s official website, with a maximum ETH hash rate performance reaching 86 MH/s.

In terms of specifications, the card has a dual-slot design with a metallic silver shroud and a passive cooling solution. Built using the TSMC 7 nm process, the CMP 170HX provides 4480 CUDA cores, 280 texture mapping units, and 128 ROPs with 280 tensor cores, allowing the GPU to operate at a frequency of 1140 MHz, which can be boosted up to 1410 MHz, while the 8 GB of HBM2e VRAM memory runs at 1458 MHz.

However, the card will be futile for gamers due to the lack of display outputs, while the card receives power via a single PCIe 8-pin connector joined by a 250W TDP.

Overall, this card seems like a good value proposition in terms of profits for Nvidia, as the popularity of cryptocurrency mining may continue to boom due to Bitcoin prices recently reaching an all-time high. At the same time, Ethereum exceeded its previous peaks surpassing the $4,000 mark.

What do you think about the CMP 170HX? Let us know in the comments below. Until then, stay tuned to Oyprice and subscribe to our YouTube channel for regular news and updates.