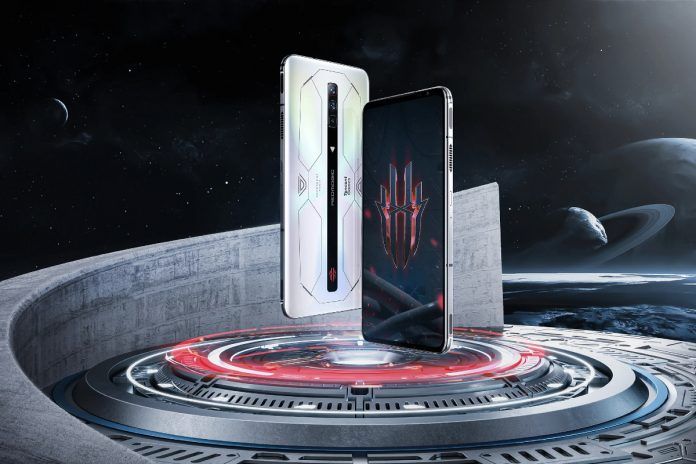 ZTE’s nubia has added a new member to the Red Magic gaming lineup. The newly-launched Red Magic 6S Pro comes with several upgrades over the Red Magic 6 and 6 Pro, which was announced earlier this year. In addition to the 6S Pro, the brand has also unveiled several new products including the Red Magic Watch Vitality Edition, several accessories, and peripheral products. Let’s now take a close look at the pricing, specifications, and features of nubia Red Magic 6S Pro.

There’s also a ‘Battlefield Camouflage Edition’ Red Magic 6S Pro priced at CNY 6,999 for the 18GB RAM + 512GB storage. The device is already up for pre-order in China and the first sale is scheduled for September 9. The brand has not announced anything regarding global availability. Since the other Red Magic 6 phones have launched globally, the 6S Pro is also likely to make its global appearance.

The device offers a 6.8-inch AMOLED display with FullHD+ resolution, 165Hz refresh rate, and 720Hz touch sampling rate. It features an under-display fingerprint sensor that can also be used to measure heart rate. Red Magic 6S Pro is powered by Snapdragon 888+ SoC, an overclocked version of Snapdragon 888 used in Red Magic 6 and 6 Pro.

nubia has implemented ICE7.0 multi-dimensional cooling system in the phone, which is an improved version of the version 6 used in the Red Magic 6 and 6 Pro. The Red Magic 6S Pro also has an active cooling fan spinning at 20,000 revolutions per minute (RPM) with RGB lighting. The RGB fan only comes with transparent models, as it is not visible on the non-transparent models when seeing from outside.

The device boots the new Red Magic OS 4.5 which is based on Android 11. Apart from the software, chipset, and heat management, the other things remain the same. So, you are getting the same triple rear camera setup which includes a 64MP primary shooter, an 8MP ultrawide lens, and a 2MP macro sensor. An 8MP sensor is there for selfies and video calling.