After Months of Rumours & Speculations Nothing Had Revealed The Official Date of Its Next Event.

After successfully launching Nothing Ear (1) wireless earbuds and announcing its partnership with Qualcomm, which reportedly helped Carl Pei’s Nothing raise a capital of $74 Million has now revealed the official date for its next event.

According to a post made by Nothing’s Twitter handle the new launch event will be held on Wednesday, 23rd of March at 14:00 GMT i.e. 7:30 PM (IST). Meanwhile, the event has a weird title that says ‘nothing (event): the truth’ which sounds like a sequel to a low budget horror movie.

What We Expect to See

While we can’t deny all the rumours and teasers pointing towards a phone, earlier reports have suggested that apart from the phone Nothing might also release a few unknown products at the event. Nevertheless, Here’s the list of things that we expect to see at the event:

With Carl Pie extensively seen using the Nothing Phone during his visit at MWC Barcelona, we can confidently say that Nothing will very well reveal a new smartphone.

As for its specifications, Nothing’s first phone is expected to feature a Qualcomm Snapdragon processor, possibly from Qualcomm’s mid-range G series of SoCs which includes 750G, 765G, 768G and so on mainly to keep down the cost of procurement. Meanwhile, additional details regarding the device are still under the wraps.

In addition to the new smartphone, it’s expected that Nothing might also launch its power bank which could very well be called Nothing Power (1).

This won’t be a surprise as a power bank is essentially a money-making product that can bring huge turnovers without huge investments that would have otherwise gone towards research and development.

Whatever the case is we are very excited to see what surprises Nothing has under the wraps. Until then stay tuned to Oyprice and follow us on Telegram, Facebook, or Twitter. 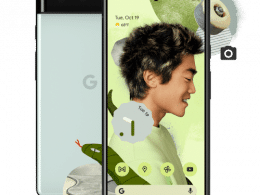 Google is going to launch their new Google Pixel 6a smartphone soon. Recently the retail box of the smartphone got leaked online. Read along to know more about it.
byTeam Oyprice
No comments 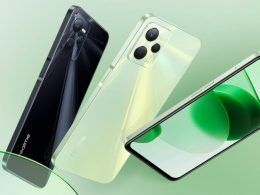