Nothing’s First Smartphone, The Nothing Phone (1) Will Be Launching This Summer.

After months of various speculations and rumours leading to this Event, Carl Pei’s consumer tech company Nothing has finally confirmed its plan to launch Nothing Phone (1), its first and highly anticipated Android smartphone that aims to take on the big boys including Apple’s walled garden of an ecosystem.

Although the company still didn’t reveal any pictures of the Nothing Phone (1) during the live stream, the event was enough to build anticipation and give us a sneak peek of its upcoming smartphone that is scheduled to launch in the summer of 2022 and will be powered by Qualcomm’s Snapdragon Mobile Platform.

Besides that, staying true to Nothing’s founding mission i.e. deliver technology that blends into Nothing, Nothing’s first phone will ship with Nothing OS built on Android 12 that aims to offer an open and seamless ecosystem that connects and integrates well with Nothing’s other products as well as other world-leading brands.

Nothing OS will offer its uses three years of Major OS updates and four years of security updates. Meanwhile, it will be available to preview as a custom launcher that will be downloadable on select smartphone models starting from April.

“Nothing OS captures the best features of pure Android, distilling the operating system to just the essentials, where every byte has a purpose. It is designed to deliver a fast, smooth and personal experience. A coherent interface, the hardware seamlessly integrates with the software through bespoke fonts, colours, graphical elements and sounds.”

That said, Carl Pei also laid out Nothing’s plan to create an ecosystem of its own that is more open and integrates well with Nothing’s other products as well as other world-leading brands unlike Apple’s walled garden of an ecosystem that has been pretty restrictive since the beginning.

Notable examples that were name-dropped during the live stream being Tesla’s electric cars as well as Apple’s AirPods that will offer seamless integration with Nothing OS in the coming future.

Whatsoever, we can’t wait to see what Nothing’s phone will look like once it is revealed in the coming weeks before it eventually launches in Q2 of 2022 and how it competes with the likes of Carl’s ex-company OnePlus as well as Apple that was name-dropped multiple times during the event.

Also Read: OnePlus is Reportedly Working on a Nord Branded Smartwatch That Could Launch Later This Year

Are you excited to see what Nothing has to offer with the release of the Nothing Phone (1)? If so let us know in the comments section below! Until then stay tuned to Oyprice and join us on Telegram, Facebook, or Twitter to stay up to date with the latest happenings in the tech industry.

Highlights: Moto E7 Power tipped to launch in India soon The Moto E7 will be powered by MediaTek…
byTeam Oyprice
No comments

Vivo, like other OEMs, is also refreshing its custom skin (Funtouch OS) with the latest version of Android.…
byVicky Kumar
No comments 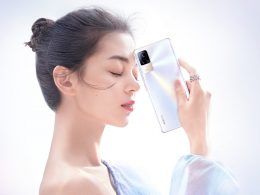