Nothing the consumer tech company started by ex co-founder of OnePlus Carl Pei might announce about its first smartphone next month.

According to that report Mr. Carl Pei who is co-founder of a consumer tech company called “Nothing”, is meeting some key industry executives at the ongoing MWC to show the prototype of its upcoming first Nothing smartphone. TechCrunch is also confirming that they have seen a photo of Carl Pei’s meeting with a Qualcomm executive.

Although at the moment we don’t have any major information about the first smartphone from Nothing. But in terms of the design of the smartphone, it will follow the “elements of transparency” design that we have seen on the first pair of earbuds from Nothing.

Nothing’s first product was a pair of transparent earbuds with a unique design. It cost Rs. 7000 and had a pleasant appearance. But only having a refreshing design is not enough to have a successful consumer tech company. But we are excited about Nothing’s first smartphone as it is from the ex co-founder of Chinese smartphone maker OnePlus. We all know that OnPlus disrupted the smartphone market back in time. Although the chances of becoming an industry disruptor with the first smartphone are quite low for nothing.

Still, it will be interesting to see what Nothing has to offer with its first smartphone. Do let us know your thoughts about Nothing’s first smartphone in the comments below. Until then stay tuned with OyPrice and Join us on Telegram, Facebook, or Twitter and stay up to date with the latest happenings in the tech industry. 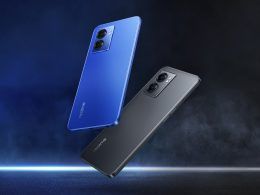 Oppo F19s special edition phone with an eye-catching rear design has been launched in India. It’s the first…
byVicky Kumar
No comments