The Nothing Ear 1 are finally available in India after much anticipation. These are the most recent completely wireless earbuds in this category, and they’re also affordable. The ear (1) are genuinely wireless earbuds with active noise cancellation, wireless charging, and water resistance. The company held the debut event on Unbox Therapy, Lewis Hilsenteger’s YouTube channel. Let’s check out the features and pricing of the earbuds.

Specifications of Nothing Ear 1

The new Ear (1) has an 11.6mm speaker driver and weighs 4.7g. There is also a fisheye dip for added comfort while wearing. They’ll have a distinct way of identifying which one is for your left or right ear. The right earbud is indicated by the red dot, while the left is indicated by the white dot.

Touch gestures are also included on each earbud for adjusting playback and ANC modes.  They work with both Android and Apple smartphones and support Bluetooth v5.2.

Users can adjust the amount of ANC in two different ways. The Light Mode is designed for modest noise cancellation, whilst the Maximum Mode is designed for louder areas and can filter sound by up to 40dB. There’s also a Transparency Mode that lets you hear what’s going on around you. It also has three microphones and Crisp Voice Technology for clear calls.

The earphones are sweat and dust resistant to IPX4 standards. The earbuds have a mesh construction which makes them more water and dust resistant. They have a feature called Find my Earbud that allows users to locate the buds if they misplace them. The earbuds create a pulsating tone when engaged, alerting you to your surroundings.

A 570mAh battery is included in the Nothing ear (1) case. With ANC set on, it can provide up to 24 hours of backup and up to 34 hours of playing. With ANC turned on, each bud lasts up to 4.5 hours per charge, and the case supports both wired and wireless charging. 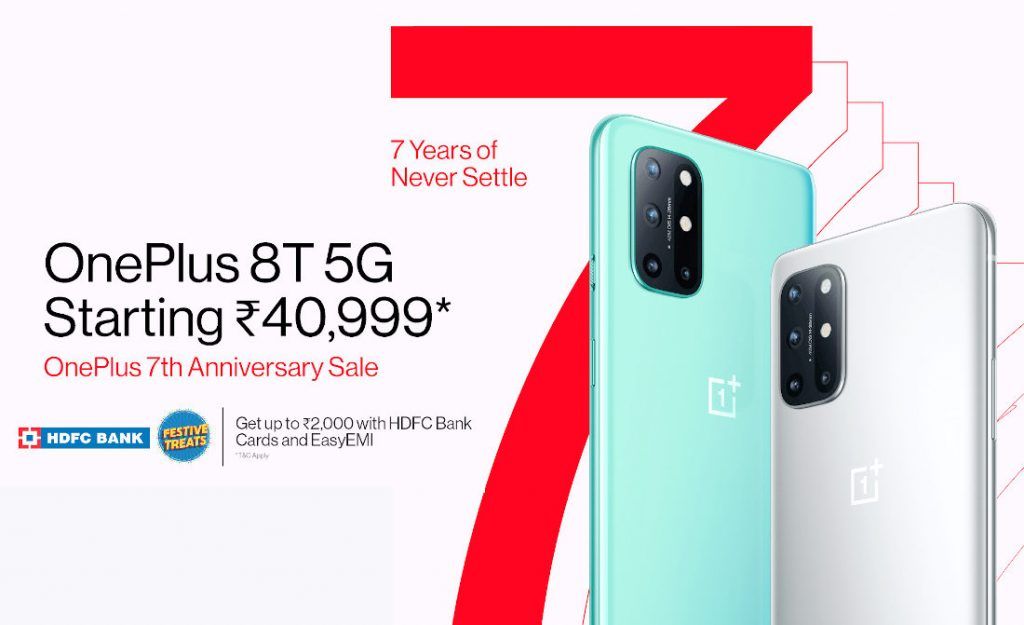 It’s been seven years since the first OnePlus smartphone was released in India. We’ve seen some of the…
byTeam Oyprice
No comments