Nokia is going to launch their new affordable Nokia G21 smartphone. It will come with triple rear camera setup and Unisoc chipset.

Nokia is going to launch its new affordable smartphone called the ‘Nokia G21‘ in the Indian market. The Nokia mobile India official Twitter handle recently posted about the launch of their new smartphone on 26 April 2022. The tweet also comes with a short video from which we can clearly see a triple rear camera setup which we have seen on the Nokia G11 and Nokia G21. Along with that popular leakster, Abhishek Yadav also tweeted that Nokia is going to launch the Nokia G21 smartphone in India on April 26th, 2022.

So let’s take a closer look at the upcoming affordable smartphone coming from Nokia.

As you already know that Nokia is going to launch its Nokia G21 on 26th April 2022 in India. In terms of the pricing, we don’t have any official information regarding the cost of the smartphone but according to rumors, it can be somewhere around Rs 15,000.

The Nokia G21 smartphone will come with a 6.5-inch IPS LCD display with HD plus resolution. The smartphone will have a waterdrop notch design at the front. Apart from that users will get a 20:9 aspect ratio and 270 PPI pixel density on the smartphone.

The Nokia G21 smartphone will be powered by an octa-core Unisoc T606 chipset which will be paired with 4GB of RAM and 128GB of internal storage. Although users will get support for micro SD cards to expand the storage. The Nokia G21 smartphone will run on Android 11 out of the box but the best part about this smartphone is that it will run on Stock Android. This means that users will not get any kind of bloatware or ads on the smartphone.

In terms of camera, the Nokia G21 smartphone will have a triple deer camera set up with a 50MP main camera, 2MP macro camera, and 2MP depth camera. At the front users will get 8MP selfie camera. In terms of video capabilities, the smartphone will be able to shoot 1080p videos at 30 FPS from both sides of camera.

If we talk about the battery on Nokia G21 smartphone then it will come with a 5050mAh battery with 18W fast charging support. Apart from that in terms of connectivity options, the smartphone will have all the usual connectivity options such as dual-SIM card slot, Wi-Fi 802.11 b/g/n/ac, Bluetooth v5.0, GPS, OTG support, a 3.5mm audio jack, 4G VoLTE, and a USB Type-C port.

Samsung has unveiled its foldable smartphones lineup in the Unpacked event on 11th August. They launched the Z…
byTeam Oyprice
No comments 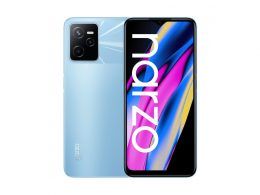 Realme Narzo 50A Prime does not come with a charger.
byVicky Kumar
No comments

Nokia intends to launch two new low-cost smartphones, the Nokia C20 Plus and Nokia C30. Today, the back…
byTeam Oyprice
No comments