HMD Global the company which sells Nokia branded smartphones have announced about its new budget offering called the Nokia C21 and C21 Plus.

Now let’s talk about both smartphones in detail.

Do let us know your thoughts about the latest offering from HMD Global in the comment section below. 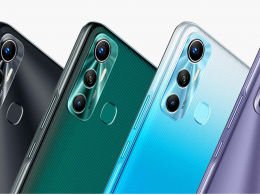 Infinix Hot 11 2022 Will Be Available in India on April 15th , Key Specifications Revealed Through Fipkart

Some of the key specifications of the upcoming Infinix Hot 11 2022 smartphone has been revealed by Flipkart listing.
byTeam Oyprice
No comments