It was in March last year that Nokia 1.3 was launched and now HMD Global is back with its successor Nokia 1.4. The key specifications and expected price of the Nokia 1.4 were leaked earlier today by known tipster Sudhanshu Ambhore in collaboration with MySmartPrice. The phone is being branded as a budget smartphone, providing the users amazing features at an affordable price. The phone is said to come with a 1.3GHz quad-core processor, HD+ display, a modest 4,000mAh battery, dual rear cameras, and many more interesting features.

The following specifications were leaked by the tipster in collaboration with MySmartPrice.

Nokia has always been known for providing sturdy phones at conservative prices. Nokia 1.3, the predecessor to Nokia 1.4 was also a budget-friendly smartphone and Nokia 1.4 seems to be following in the same footsteps. The tipster hinted that the phone will be set for sale for under €100 which amounts to about Rs. 8,830. Hence, the phone is expected to go for sale somewhere around Rs. 8000. As for the launch date, details weren’t spared by the tipster or MySmartPrice but as per recent developments, the phone may launch around March 2021.

Do let us know in the comments what you think of the brand-new Nokia 1.4! 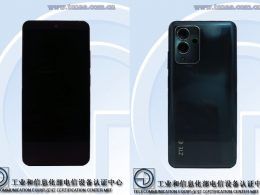 We’ve been hearing for a while that iPhones will be shifting to 120 Hz this year, and today…
byTeam Oyprice
No comments

Google Pixel 6 Case Renders Leaked– Google Pixel phones have always been known for the purest Android experience, which a…
byTeam Oyprice
No comments