According to the riot developers, the real attraction of his kit is to compel enemies around him to focus on their gunplay rather than their abilities. That’s basically what kayo will be doing every round, in addition to having an emp-like ability that disables opposing abilities. He also has some amazing combat abilities, like a flashbang grenade. Let’s take a look at KAYO’s abilities.

The KAYO’s signature ability (E) is ZERO/point, a dagger that strikes and suppresses everyone inside its blast radius when cast into the initial surface.  Opponents caught in its sphere of influence will be unable to use their own abilities and will be forced to depend solely on gun skill. It may also disable equipment like Killjoy’s turret.

The KAYO’s second ability (Q) is FLASH/drive. It comes in the shape of a flash grenade that can be charged to shorten the amount of time it takes to ‘cook.’ Right-clicking will fire a charged flash that will cook in one second, but left-clicking will increase the wait time to 1.6 seconds.

FRAG/ment is KAY/final O’s non-ultimate ability (C), an “explosive fragment” that sticks to the ground and explodes several times. If an opponent is caught in the center of its blast, it may nearly completely wipe out their health, similar to the damage from Raze’s Cluster Grenade.

While Sage is the sole character capable of reviving players back to combat, KAY/O’s ultimate ability (X) appears to have the potential to alter mid-to-late game battles. NULL/cmd allows players to “instantly overload with polarized radiant energy,” giving KAY/O a battle stim, suppressing foes with pulses, and, most significantly, allowing him to be downed rather than annihilated. But keep in mind that this only happens when he’s overloaded.

When the Episode 3 Act I battle pass launches on June 22nd, KAY/O will not be the only new feature. Players that team up with companions during the Valorant Year One Event between June 22nd and July 6th will receive extra XP in addition to the regular free and paid weapon skins, gun buddies, cards, sprays, and titles. Two-person teams will receive an 8% bonus, while three-person and four-person teams will receive 12- and 16-percent bonuses, respectively. If you can complete all five spaces, the XP bonus jumps to a whopping 20%.

Are you guys excited about the new agent? Let us know in the comment section underneath. Stay tuned to our page by subscribing to our newsletter down below, and don’t forget to join our telegram channel for regular news and updates.

If you are looking for ways to redeem Free Fire codes then you are at the right place. In this article we will talk about how to redeem codes in Free Fire.
byTeam Oyprice
No comments

A new online multiplayer battle royale game from nintendo has been announced. Pac-Man 99 will be included with…
byTeam Oyprice
No comments 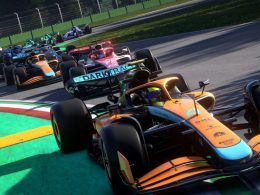 The F1 2022 game will be released in July as the launch date of the game reveled. Read along to know more about it.
byTeam Oyprice
No comments