Watching something with life-like picture quality, rich contrast, and brilliant colors provides a superior viewing experience and feeling the thrill of watching movies at the cinema hall. Ondia is introducing another Smart TV, following the trend and the technological advancements in the industry.

We at Oyprice came across a product registration by Ondia that indicated that they are working on a new smart TV and preparing to launch it in India in the next few months.

From the information, it isn’t entirely clear in which series Onida is going to launch their new smart TV. At the listing site, it only reveals that they have registered for LED television in the 32 inches and more segment registered under model number 55UIF. From the model number, we can say that the upcoming smart TV will be featuring a 55-inch screen size. Prior to 55UIF, the company has launched Onida Smart TV with model number 55UIR.

Features we can expect from the upcoming Onida Smart TV.

Are you excited about Onida’s upcoming smart LED TV? Let us know in the comments section below. Stay tuned to Oyprice and subscribe to our YouTube channel. And don’t forget to join our telegram channel for regular news and updates. 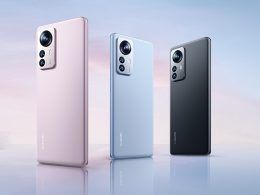 Xiaomi has finally launched the Xiaomi 12 Pro, Xiaomi Pad 5 alongside Xiaomi's new 5A series of TVs in the Indian market.
byAyush Patel
No comments

While Huawei held a new product launch conference today and unveiled a range of eye-catching devices, many people…
byTeam Oyprice
No comments