Expanding your business means establishing new markets and an entirely new customer base, and Netflix is marching right that way. The company is all set to spend a hefty price of $1 billion in the production expenses at none other than ABQ studio in Albuquerque, New Mexico.

Netflix’s chief executive Ted Sarandos in a recent announcement alongside Michelle Lujan Grisham, the governor of New Mexico, and Tim Keller, Albuquerque Mayor, schemes to expand the studios adding around 300 acres to the present expanse, which will, in turn, make it one of the largest production houses existing in North America.

Bigger market and supplementary costumers will eventually require the business to further hire fresh employers which the company is trying to ensure. In 10 forthcoming years, it has said to offer 1000 new production jobs as well as 1,467 construction jobs in New Mexico as part of the expansion project.

“My administration has expanded our state’s competitive film incentives, which will increase high-wage employment and increase opportunities for New Mexicans across the state,” stated New Mexico’s Governor.

Netflix isn’t alone spending in the expansion,  $17 million will be provided by the government of New Mexico in funding, whereas  $7 million in the financing, as well as $6 million in infrastructure in-kind financing, will be provided by the city of Albuquerque. It doesn’t end here, to abolish properties and other taxes, the city is also issuing bonds to enclose the first $500 million investment by Netflix over a 20 years term in order to build out the out-and-out production facility.

Netflix has also concurred to lease 130 acres from the State Land Office along with another 170 acres private purchase as part of the agreement.

In the final analysis, the agreement could eventually result in $2.5 billion worth of expenditure in the state according to  Alicia J. Keyes, New Mexico’s Economic Development Department Cabinet Secretary. Some of the ongoing production filmings in New Mexico include “Intrusion” and “The Harder They Fall”. The 4th installation of one of the most viewed series on Netflix, ‘Stranger Things’ is also expected to prelude.

Things to Check Before Buying Renewed Phone From Amazon

Are you looking to buy a refurbished phone? Well, it also seems to be more valuable after we…
byTeam Oyprice
No comments 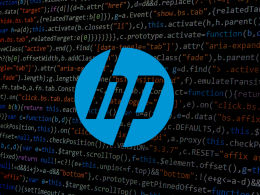 Your HP Printer is Vulnerable to a Cyberattack

There is a strong possibility that your HP printer is vulnerable to cyberattack. Read along to know more about it.
byKeval
No comments